What a scorcher! Australia swelters through hottest EVER day on record 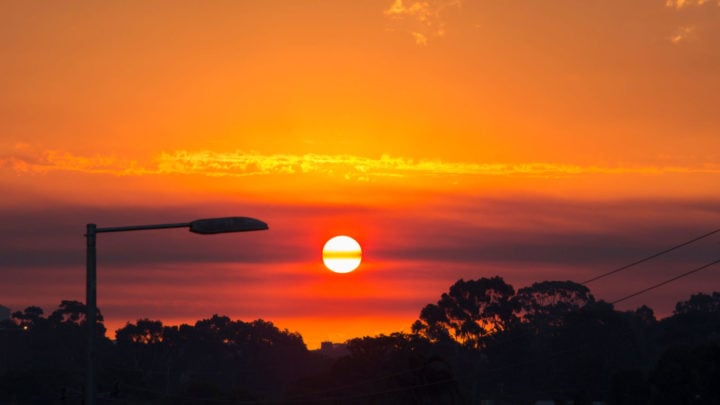 Temperatures are set to reach the mid to high 40s in parts of South Australia, Victoria and NSW. Source: Getty.

We are just a few weeks into summer but recent heatwaves have already smashed previously held temperature records, leaving many people across the country sweltering in the heat as they get ready for Christmas.

According to the Bureau of Meteorology (BoM), the country sweated through its hottest day on record on Tuesday, with the average maximum temperature reaching 40.9 degrees celsius. This new all-time high broke the previous record of 40.3 degrees, which was recorded in January 2013.

While 40.9 was the average maximum temperature for the whole of Australia, much of central Australia saw the mercury rise as high as 45, while the outback town of Oodnadatta, in South Australia, peaked at 50.7C.

However the record may not last for long as much of the country is forecast to experience severe heatwaves in the coming days and weeks, with meteorologist Sarah Scully warning that South Australia, followed by Victoria and New South Wales, will bear the brunt of the extreme weather.

“We’re expecting large areas of inland South Australia, Victoria and New South Wales to experience temperatures in the mid to high 40s,” she said in a statement.

“For many areas, severe to extreme heatwave conditions will be felt, so it’s important people follow the advice of health authorities, stay up to date with the latest forecasts and warnings from the Bureau and remember to check in on any vulnerable family and friends.”

She added: “This hot air mass is so extensive, the preliminary figures show that yesterday was the hottest day on record in Australia, beating out the previous record from 2013 and this heat will only intensify.”

As temperatures continue to rise, total fire bans have been enforced in several parts of the country, including across New South Wales and South Australia, as well as the Queensland capital of Brisbane.

On Wednesday, NSW Rural Fire Service warned that there was an “extreme fire danger rating” for the regions of Greater Sydney, Illawarra/Shoalhaven and Southern Ranges. A spokesperson said: “With start of school hols, check your travel plans & fire conditions along your route & destination.”

How hot has it been where you live? Do you have any tips for coping in extreme heat?