The old-school Aussie phrases that have disappeared from our vocabulary 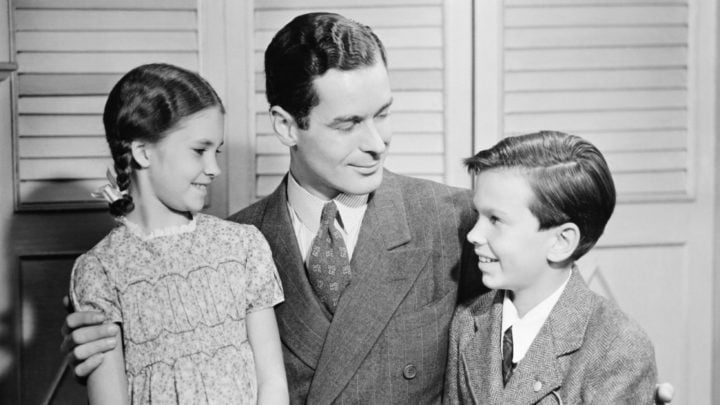 A visit to the Land Down Under is usually met with some confusion from overseas travellers, with simple phrases and words used by Aussies often making no sense at all to foreigners.

Wearing thongs out in public seems utterly bizarre to American and British visitors, who use the same word to describe a more intimate piece of clothing, while others are left wondering why locals seem to shorten every word in the English language, such as Woolies for Woolworths and Maccas for McDonalds.

But, there are some phrases and words from years ago that have simply vanished from today’s vocabulary. And while Baby Boomers would no doubt remember using them growing up, for Millennials, they most likely make absolutely no sense whatsoever to younger generations. Phrases such as ‘ant’s pants’, ‘she’ll be apples’ and ‘miserable as a bandicoot’ were commonly used between the 1950s and ’70s, but nowadays you’d be hard pressed to find a person under 30 using them regularly.

Ant’s pants doesn’t sound positive, but surprisingly it refers to someone or something that is outstanding or exceedingly good. It’s an Aussie version of American sayings such as ‘bee’s knees’ and ‘cat’s whiskers’. So, if a friend says ‘you’re the ant’s pants’, it’s a compliment – they think very highly of you.

She’ll be apples probably makes no sense to those outside of Australia, but when Baby Boomers were growing up it was used regularly. It simply means everything is fine or all is well. It’s not too different from sayings such as ‘she’ll be right’, which means it’ll be right.

Miserable as a bandicoot

Bandicoots have long faces and tend to look quite unhappy, so if someone says they’re as miserable as a bandicoot, they’re not doing well. Apparently, the expression was first recorded in the 1820s, but nowadays it’s not often heard, with people instead heard saying ‘why the long face?’ as an informal way to ask someone what’s wrong.

I didn’t come down in the last shower

I didn’t come down in the last shower means I’m not stupid. It’s generally said in response to someone who is trying to make a fool of you, and doubt your experience or knowledge. Nowadays, it’s not often heard in bigger cities across Australia, but some of the older generations still use it sparingly.

Mad as a cut snake

If you’re mad as a cut snake, you’re very angry, crazy or eccentric. Other versions of this phrase include, mad as a meat axe, mad as a gumtree full of galahs and mad as a two bob watch.

If you’re as happy as Larry, you’re extremely happy. No one really knows who Larry is, or why he’s so happy, but it’s an Aussie phrase which has been used a lot over the years, and still is to some extent today.

If someone spits the dummy, they’ve either given up, or lost their temper and composure. It’s usually used when an adult acts in a childish way and has a bit of a tantrum. Unlike some of the other Aussie phrases which have disappeared over the years, this one is still used by some today.

To be like a stunned mullet, means you’re dazed, confused or uncomprehending. The phrase alludes to the goggle-eyed stare of a fish that has just been caught and is unconscious. A person usually has this same expression on their face when they’re surprised.

What are some phrases you remember that people don't use today?