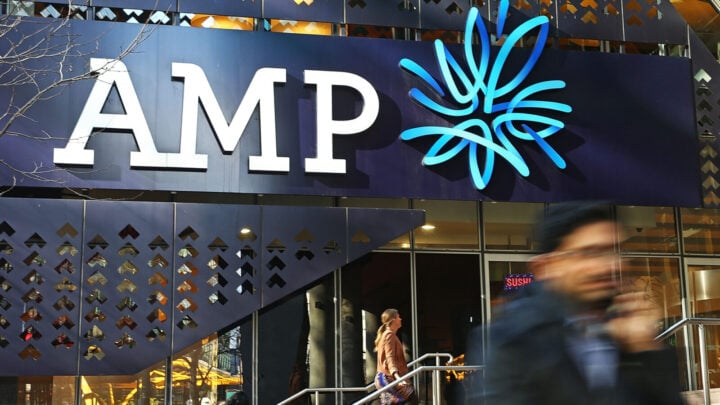 AMP allegedly continued to charge more than 2,000 customers who had died. Source: Getty

After three years, the Australian Securities and Investments Commission (ASIC) has finally launched civil proceedings against AMP Group, suing them for allegedly collecting thousands of dollars in fees despite being notified the customers had died.

According to the statement, the corporate regulator is alleging that these entities were involved in charging life insurance premiums and advice fees to more than 2,000 customers despite being notified of their death.

The allegations were first aired in 2018, following the financial services royal commission where senior AMP executives admitted the company knew it had been charging life insurance fees to dead customers since 2016 but had no plan in place to refund the fees. At the time, AMP rejected the report’s findings and defended its right to charge premiums for a short time after a customer has passed away, claiming it is “inevitable” and “appropriate” for that to happen until they have been notified of the death. It also stated it was policy to refund those premiums upon payment of the life insurance claim.

Throughout 2019 and 2020, AMP paid back more than $5 million to the estates or representatives of dead customers – including those the subject of ASIC’s case – for wrongfully charging premiums and advice fees to more than 10,000 superannuation accounts.

Under the claims lodged with the Federal Court, ASIC has alleged that between those times AMP deducted life insurance premiums and financial advice fees from 2,069 deceased customers’ superannuation accounts despite being notified that the customer had died. It also alleges the group failed to “act efficiently, honestly and fairly” and allege the companies demonstrated a system of conduct that was, in “all the circumstances, unconscionable”.

AMP acknowledged the civil proceedings and allegations in a statement released on Thursday morning. The statement said the group identified issues with its processes regarding deceased customer accounts and self-reported to the regulator in 2018, prior to the financial services royal commission.

The statement said AMP has taken action to change its processes and policies to address the issues and has remediated all impacted customer accounts. In total, AMP remediated 10,155 customer accounts a sum of $5.3 million for the period from 2011 to 2019, which included compensation for lost earnings. The remediation was completed in May 2020.

“AMP has taken this matter very seriously and we will now carefully consider the allegations raised by ASIC. We have been assisting ASIC with its investigation and will continue to engage constructively as part of the legal process,” David Cullen, AMP Group general counsel, said.

“When we discovered the issues, we immediately moved to change our processes and systems and took action to ensure the beneficiaries of customers impacted were fully remediated. AMP apologises to all customers and beneficiaries who were impacted by this matter.”

The proceeding will be listed for a case management hearing on a date yet to be set.

Have you been following this? What do you think of AMP's actions?