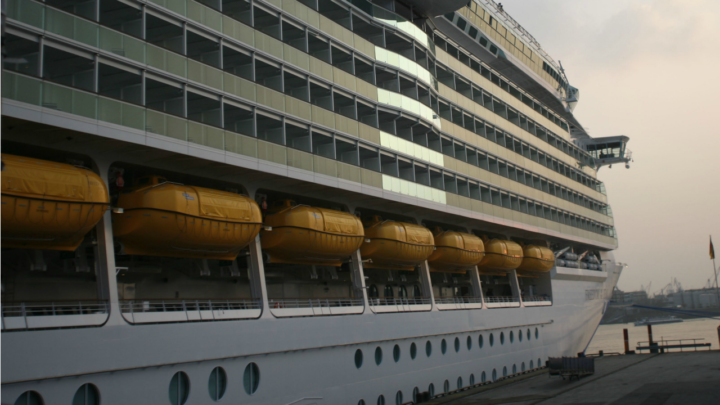 A toddler fell to her death from a cruise ship docked in Puerto Rico on Sunday. Source: Getty

A toddler has tragically died after she reportedly slipped from her grandfather’s arms and fell from the 11th deck of a Royal Caribbean cruise ship, which was docked in San Juan, Puerto Rico.

The 18-month-old had been playing with her grandfather on the Freedom of the Seas vessel on Sunday when she fell from a window, landing on the solid ground below, CNN reports.

It was initially reported that the grandad had been dangling his granddaughter – named in multiple reports as Chloe Wiegand – from a window when the incident occurred. However, it has since emerged that these claims are incorrect and that the toddler slipped from her grandad’s hands after he lost his balance.

Royal Caribbean said in a statement on Monday: “We are deeply saddened by yesterday’s tragic incident and our hearts go out to the family. We’ve made our Care Team available to assist the family with any resources they need.”

They added: “Out of respect for their privacy, we do not plan to comment further on the incident.”

Messages of condolence have been spread across the internet for the American family with the South Bend Police Department , in Indiana, releasing a touching statement for the father, who is employed as a police officer.

In the post on Facebook they wrote: “The South Bend Police Department offers its sincerest condolences to Officer Alan Wiegand and his family during this difficult time following the tragic loss of their child while in Puerto Rico.

“The department asks the community to pray for the entire Wiegand family as they grieve and to respect their privacy.”

Meanwhile, the Department of Public Security of Puerto Rico has also sent out a message of support for the family in their time of hardship.

“We regret the sad event that occurred on the Freedom of the Seas cruise and we sympathise with the family of the girl who died,” they wrote in a post on Twitter.