Alex Trebek, host of US gameshow Jeopardy!, dies aged 80 after his battle with cancer 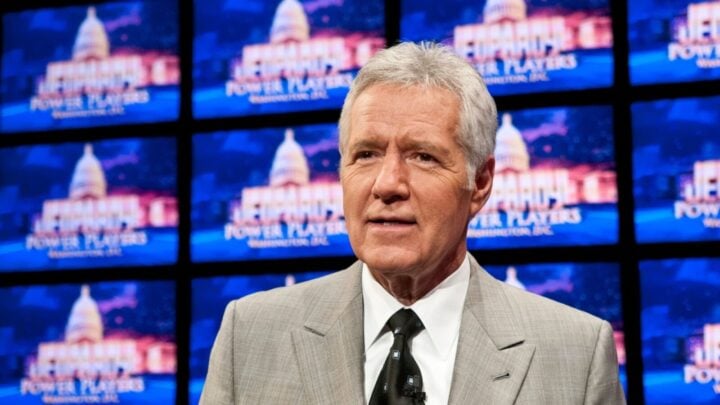 After a public battle with pancreatic cancer, the veteran gameshow host has died at home surrounded by family and friends. Source: Getty.

Jeopardy! shared a photo of the long-time host alongside a heartfelt caption that read: “Jeopardy! is saddened to share that Alex Trebek passed away peacefully at home early this morning, surrounded by family and friends. Thank you, Alex.”

Jeopardy! is saddened to share that Alex Trebek passed away peacefully at home early this morning, surrounded by family and friends. Thank you, Alex. pic.twitter.com/Yk2a90CHIM

The cause of death has not been revealed yet however, Trebek announced in March of last year that he was diagnosed with stage four pancreatic cancer. At the time, Trebek said he planned on fighting the disease despite the low survival rate.

“Normally the prognosis for this is not very encouraging, but I’m going to fight this and I’m going to keep working,” he said at the time of diagnosis. “I plan to beat the low survival rate statistics for this disease.”

Trebek hosted the popular gameshow since its debut in 1984 and won seven Daytime Emmy Awards for the Outstanding Game Show Host category. The TV giant even held the Guinness World Record for the most gameshow episodes hosted by the same presenter after fronting nearly 7,000 episodes of Jeopardy!.

Tributes for the TV veteran flowed in through Twitter with a number of celebrities sharing kind words for the beloved host. Fellow TV show host, Stephen Colbert wrote: “Alex Trebek was a gentleman, and it was a privilege to share the stage, even briefly, with such a kind, thoughtful guy. Rest in Peace.”

Meanwhile, even the Canadian Prime Minister Justin Trudeau shared a statement where he called Trebek’s death a “tremendous loss”.

“We have lost an icon,” he wrote. “Almost every night for more than three decades, Alex Trebek entertained and educated millions around the world, instilling in so many of us a love for trivia. My deepest condolences to his family, friends, and all who are mourning this tremendous loss.”

Trebek is survived by his wife of 30 years, Jean Currivan Trebek, and their two children Emily and Matthew.

Did you watch Jeopardy!?