Robodebt refunds: The next step for Australians who are owed money 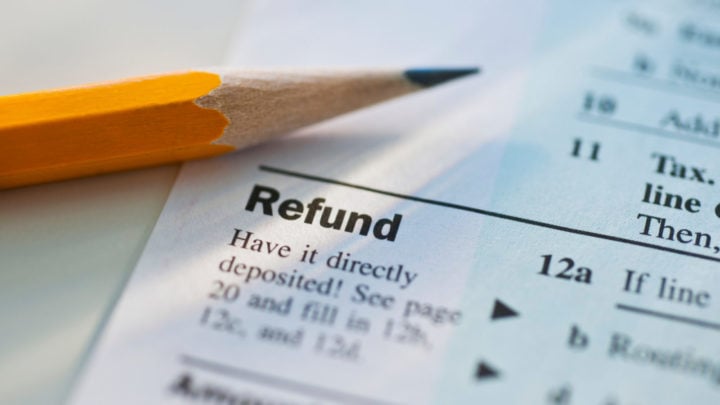 Refunds are expected to hit accounts by July 1. Source: Getty.

Off the back of the recent news that Services Australia would be scrapping its controversial Robodebt scheme, around 373,000 Australians will be keeping an eye out for their slice of the $721 million that is being refunded by the government, with the money expected to hit accounts in the coming months.

So far, there’s a lack of details on how welfare recipients will be receiving their refunds, but officials have said they can sit tight right now. Government Services Minister Stuart Robert announced on Friday that the government would be proactively reaching out to those who were owed money with payments occurring in the 2020/21 financial year.

He added that around 190,000 Australians would be paid from July 1 if the government already had their current details. Meanwhile, the remaining 183,000 people will be contacted to update their details to ensure they are ‘proactively rectifying the record’ the government has with them.

The Services Australia website currently says that refunds will apply to all income compliance debts raised from the use of income averaging since 2015-16, which will notably include the masses of Australians who were forced to pay up before joining a class action against the Commonwealth. Additionally, each of the 470,000 debts to be refunded will include any recovery fees and interest charges applied by the government.

The refunds will be eligible to absolutely everyone who was slapped with a debt, including if they’ve since had a tax refund raided to settle debt repayments, while those who were contesting or yet to pay the debt will have theirs waived. Meanwhile, the government won’t be using the refunds to repay other social security debts and won’t be assessing refunds as additional income to diminish other welfare payments.

Robodebt – aka the Income Compliance Program – refers to an averaging process used to calculate debts owed by welfare recipients. It worked by matching averaged data from the Australian Tax Office (ATO) with income reported to Centrelink. However the scheme came under heavy fire, with critics arguing it didn’t work and instead, was sending out automated demands for money from people who did not actually owe the government.

Anger over the debacle grew quickly as several ruthless cases of Robodebts made headlines around the country such as one mother being forced to pay a debt for her deceased son while another blamed Centrelink for the devastating suicide of her 22-year-old son.

Labor’s Government Services spokesman Bill Shorten spoke out recently calling the debts ‘illegal’ and adding that despite the payments, it would put no stop to the current class action in place covering thousands of Centrelink recipients.

“It’s been putting ordinary Australians through pain, trauma, people have lost jobs, people have lost relationships, people have suffered psychological injury, people were not allowed to go overseas, all on the basis of illegal Government debt notices,” he said. “Hundreds of people, after receiving the debt notices, passed away, and I have no doubt that some of that in some cases is due, tragically, to the mental health pressures of Robodebt action by the Government.”

Are you expecting a refund from the government? Do you think welfare recipients deserve an apology?