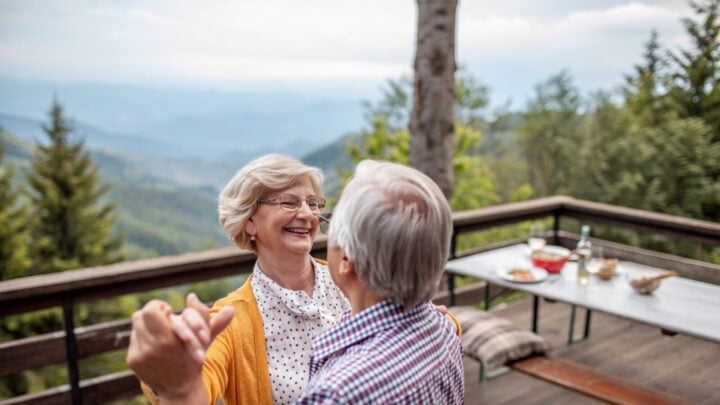 The cost of domestic travel rose due to the reopening of borders and an increase in demand post pandemic. Source: Getty

New research has revealed the cost of retirement has risen by 0.9 per cent, however despite the second quarter of increases a report from ME Bank says retirees are still doing okay financially.

The figures by the Association of Superannuation Funds of Australia (ASFA) for the December quarter last year, show a rise in health insurance and domestic holiday prices, impacting the cost for many retirees across the country.

The report by ME Bank says that during the past six months, financial comfort improved across most life stages to near record levels due to an increase in government support. The report says retirees experienced a huge gain in financial comfort up 1 per cent to 6.56 out of 10.

Health insurance premiums remained unchanged for much of the year, but increased by about 3 per cent last quarter, while there was a 6.3 per cent rise in the cost of domestic travel and accommodation. Eating out and take-away meals also saw a rise of 1.1 per cent over the quarter. These increases were a result of the country returning to normal life with the re-opening of state borders and the peak summer period.

AFSA Deputy CEO Glen McCrea attributed the rise to the ongoing effects of the health crisis, with health insurance price increases returning to a normal pattern and the travel sector seeing an increased demand.

“Covid-19 impacted on just about every aspect of Australia’s financial and economic conditions. Now, price increases are returning to a more standard pattern following a few quarters of suspension or delay in key costs, such as health insurance premiums,” he said.

“As a greater number of people ventured out of their homes in search of a meal out or a domestic holiday, we saw price rises in those areas, which is not altogether favourable for retirees on a budget.”

The figures indicate that couples aged around 65 need to spend $62,562 per year and singles $44,224 per year to live a comfortable retirement, which is a 0.9 per cent increase for both on the previous quarter.

Coupled retirees aged 85 and up also saw a 0.9 per cent increase on their budgets, while singles experienced a 1.0 per cent rise.

These figures come after a 0.3 per cent rise in required budgets for couples and 0.5 per cent rise for singles in the September quarter of last year as a result of the COVID-19 pandemic.

While there was a rise in the domestic travel prices, retirees were unable to travel overseas with the report suggesting the funds usually spent on overseas holidays shifted to the purchase of new furniture, appliances and homes improvements.

The AFSA saw that changes to retirement budgets included a 3.4 per cent rise in fruit prices and a 0.3 per cent rise on beef and veal, while the cost of vegetables fell 0.6 per cent due to easing drought conditions.

Electricity costs stayed the same across the country, however, Western Australian retirees benefitted from a $600 household electricity credit.

The quarter also saw a rise of 1.8 per cent for motor vehicles due to concerns surrounding the travel on public transport.

Have you been impacted by the increased cost of living? Tell us how below.