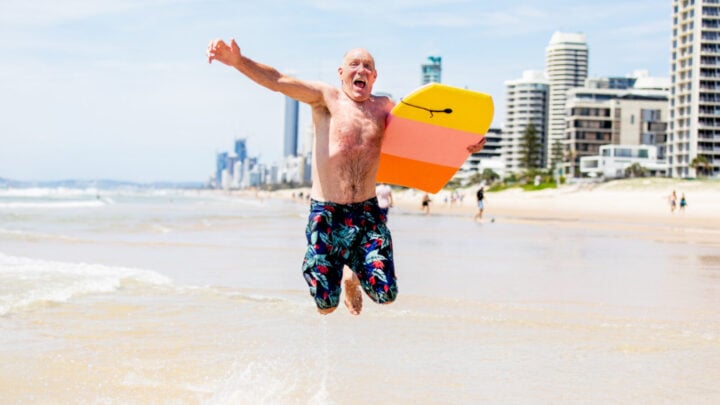 A new comparison tool will now allow Aussies to examine the performance of superannuation funds and judge whether their current fund is stacking up against the competition, or if it’s time to switch.

As part of the Morrison government’s Your Future, Your Super bill, the government launched the YourSuper comparison tool on July 1. It can be accessed by logging into your MyGov or ATO account and will also allow you to enter in your age and balance and consolidate any accounts you may have with various super funds.

The tool allows Australians to rank superannuation products by fees charged and the fund’s annual performance over a six-year period, making it easier for you to see exactly where the fund stands and whether they could give you a better return than your current provider.

The tool has been welcomed by Super Consumers Australia and according to director Xavier O’Halloran is set to be a “game-changer” when it comes to transparency and competition within the superannuation market.

“This measure may have slipped under the radar during the Your Future Your Super debate, but its impact will be a game changer in superannuation. Empowering consumers with quality decision making tools will level the playing field,” he said.

“Consumers can now rank funds by net investment returns or fees, which are two very important factors when choosing a fund. When the underperformance test results are finalised later in the year, some funds will also be highlighted as having failed to add enough value to people’s retirement savings.”

When using the tool it’s important to remember how the seemingly small difference in figures of annual returns will actually translate for your retirement figure, because the difference can be huge.

O’Halloran says initially, the tool will only compare MySuper funds, which are considered ‘default’ funds, though within the next 12 months the list available will grow.

“This first iteration of the tool is easy to use and compares MySuper products, which are typically low-cost, simple options, which people are defaulted into. A greater pool of products will be included on 1 July 2022,” he said.

“We’ll be monitoring how people use the tool as it is rolled out, and using any learnings to recommend improvements. There are important factors like risk and bundled insurance which we need to find simpler ways to talk to people about. At the moment the industry does a very poor job of this, so it will be an important research focus going forward.”

The other change to superannuation that came into effect on July 1 will also see a crackdown on underperforming super funds by subjecting them to annual performance tests. The performance assessments will be conducted by the Australian Prudential Regulation Authority (APRA), with O’Halloran predicting that underperforming funds will be forced to “disappear”, merge or improve.

“We know that many funds underperform the passive indexes. In these cases, the funds can improve by moving towards more low-cost passive management and passing these savings onto their members through lower fees,” he said. “Other funds may have simply underperformed for too long to turn around their performance. This is the test working as it was intended – it’s in the best interests of Australians that only efficient super funds are able to look after their retirement savings.”

Should a fund fail the test, it will be lawfully obliged to inform members of its underperformance and provide them with the tools they need to make a switch. They will also be listed on the YourSuper comparison tool until their performance improves, and those that fail two consecutive annual underperformance tests won’t be permitted to accept new members until they boost their performance. Members will be notified by 1 October this year if their fund fails the test.

The Morrison Government says the changes will help bolster the retirement savings of Australians and save them $17.9 billion over 10 years.

Do you suspect your funds underperforming?