‘I want to live a more comfortable retirement, free from financial stress, and in my own home’ 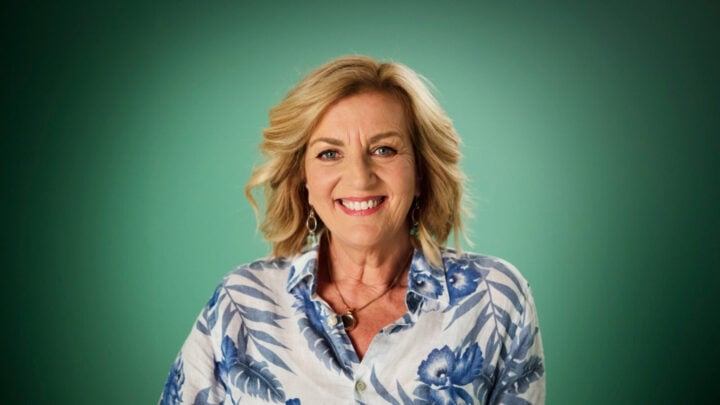 It was while Jean Kittson spent idle hours rocking on the verandah at home she realised, “I am sitting on a gold mine!”

You may be like me and spend idle hours rocking away on the verandah at home, watching the world go by, thinking “I am sitting on a gold mine!” No, not in that sense, but in the sense that my house is richer than I am! Compared to me, this house is loaded.

I’ve worked for at least the last five decades, starting at 10, selling plums by the side of the road. Child labour was compulsory in those days. Then a jostle of grown-up jobs, where does the time go, and how much have I saved? According to my financial advisors and accountants, not enough. They worry I may not be able to support myself and all of them as I age.

Meanwhile, for the past three decades, my home has been idly sitting there, making little effort, does not even unblock its own gutters, constantly inviting possums to squat in the roof and does it worry? No! I worry over the bills and the maintenance, while it just sits around making a small fortune.

Home ownership is an integral part of wealth creation

Okay, what’s the problem, house owner? The problem is the money the house makes is not real money. It’s just ‘house money’ — the money you will need if you ever change houses.

Governments are itching to treat it as real money, and are yearning to start penalising us all by including our homes as assets, even though they are only an asset in the sense that we have a home to live in. Sell the house and sleep in the car, and I’ll be well off and cramped as a folding chair. Also, the adult children won’t be able to move back in.

Alternatively, I could move a long way away, well past Hay, inland of Eucla or Ceduna, to somewhere I can spend half my ‘house money’ on an abode and put the other half in superannuation or something.

You won’t have half your ‘house money’ to tuck into super anyway, because there is never as much ‘house money’ left over as you expected once you sell your house. That’s because when you sell a house and buy a house and move house there are a lot of extra expenses and stamp duties and whatnot, and that mythical lump sum of ‘house money’ looks more like a molehill. (Which is where you might end up living if you are not careful.)

Then you look at what is left of the ‘house money’ and you think, “Was it worth it?” Was it worth uprooting yourself? That never does the azaleas much good. Also, I will be too far away for any of the children to visit.

Is going back into debt the solution to retiring at home?

Of course, what with the increasing cost of maintenance as our homes age and we age and the cash flow decreases, someone will brightly suggest reverse mortgages, and your immediate reaction is “Are you crazy? After years of being told to stay out of debt, suddenly, when I am least able to pay it back, you want me to go into debt?”

Yes, they say, because unlike two or three decades ago when getting rid of debt was the rightful thing to do, debt is fabulous today. (Please check this option with a financial expert because I am as qualified to give you financial advice as I am to tell you how to remove your own spleen.)

We are expected to have mortgages larger than the budgets of the smaller states. We are not expected to pay them off.

We are also not expected to leave the house to the kids — even though the likelihood of them owning their own house in their lifetime is as likely as them having robots to do the housework or driving hovercraft to work — we are expected to sell the house and ‘spend everything’.

However, we are not even doing that with the new reverse mortgages.

Reverse mortgages are not like they were when someone first came up with the idea of getting their hands on even more of your money. They are highly regulated, and you can’t lose your house. Your level of borrowing is strictly regulated and you can never owe more than what your home is worth.

So, you’re still likely to have a reasonable portion of the worth of your lazy house to leave to your kids.

I know I sound like an advertisement, but I have just learned about these new arrangements, and they are appealing.

Where can Jean find a reliable and trusted reverse mortgage to cover her financial needs and keep her home?

A Household Loan is a reverse mortgage offered by Household Capital, an innovative Australian company that specialises in helping retirees access the savings locked up in their home to improve their standard of living in retirement – without losing ownership of their property.

A Household Loan lets you use your property as security against a loan that doesn’t have to be repaid until you sell the property (although you can pay off the loan at any time with no penalty).

Your loan can be paid as a lump sum called a Household Loan or as a Home Income of fortnightly or monthly instalments, or both. If you have an existing mortgage, a Household Loan can be used to repay it, so freeing up the money you would’ve otherwise used to make mortgage repayments. That way you keep living in your home and increase the funds you have to enjoy a more comfortable retirement lifestyle.

For more information about a Household Loan that could unlock the savings locked up in your home, click here to visit Household Capital’s website or download a helpful e-guide here.

Make your home fit for retirement

My parents would have benefitted when they were in their own home. They sold their family home because the verandah was only being held up by a couple of bricks and bit of 4×2 Dad wedged under it in the ‘80s, and they couldn’t maintain their garden and didn’t want to spend their small savings on maintenance because rainy days are always round the corner.

If they had been able to use a reverse mortgage back then, and get the renovations they needed, they might still be there.

They sold their house 10 years ago for $500,000 and now it is worth about $1.2 million. If they had borrowed even 25 per cent from their lay about house, they could have made the house pay for its own upkeep and stayed at home.

They would have had a debt that didn’t need to be repaid until they eventually left their home, but the house would have gone up in value, making plenty of ‘house money’ for us kids to fight over.

Like everything when it comes to ageing, we must make the right decisions according to our individual needs and inclinations and sentiments.

Such as my next step, which is to find out if I do get a reverse mortgage on my lazy, do-nothing house, can I still go guarantor for my kids when they get their own mortgages? I’ll get back to you.

Q1: What can I use a reverse mortgage for?

A1: A reverse mortgage can cover various retirement costs to enhance your retirement lifestyle such as funding in-home care, Aged Care, home renovations, medical costs, refinancing an existing loan or even gifting money to your children and grandchildren!

Q2: What is the interest rate for a reverse mortgage?

A2: Household Capital offers the lowest available interest rate, at 4.95% variable rate and 4.98% comparison rate as at June 2021.

Q3 How can I calculate how much I can borrow?

A3: Use Household Capital’s home equity calculator to calculate how much you can borrow based on your age and home value.

HOUSEHOLD CAPITAL INFO Important information. Applications for credit are subject to eligibility and lending criteria. Fees and charges are payable, and terms and conditions apply (available upon request). Household Capital Pty Limited is a credit representative (512757) of Mortgage Direct Pty Limited ACN 075 721 434, Australian Credit Licence 391876. HOUSEHOLD CAPITAL™, the Star Device and Household Capital and the Star Device are trademarks of Household Capital Pty Ltd.
IMPORTANT LEGAL INFO This article is of a general nature and FYI only, because it doesn’t take into account your financial or legal situation, objectives or needs. That means it’s not financial product or legal advice and shouldn’t be relied upon as if it is. Before making a financial or legal decision, you should work out if the info is appropriate for your situation and get independent, licensed financial services or legal advice.

How could a reverse mortgage transform your retirement?

Whether your home needs reroofing, your mortgage needs refinancing or your teeth need recapping, your home equity can renew your retirement and help you enjoy the lifestyle you deserve. Try our easy-to-use calculator to see how much home equity you could access.

What are your thoughts on retirees being encouraged to drawn down on their home equity? Is ageing at home something you wish to do?