Older Australians ‘pessimistic’ about the property market as prices fall 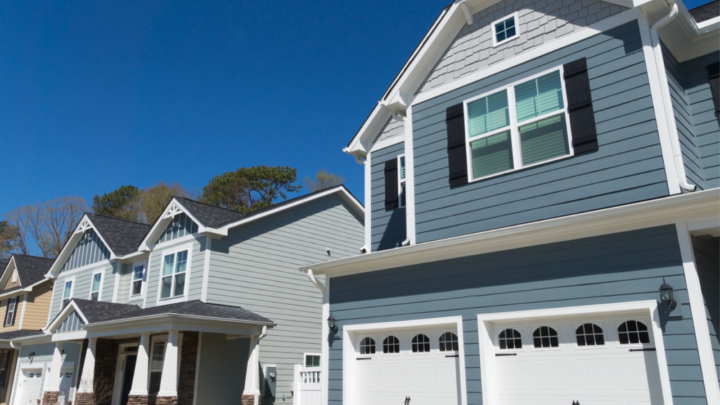 An overwhelming majority of Aussies over the age of 65 believe that the average price of homes in their area will either slump or remain the same over the next 12 months. Source: Getty.

As property prices across much of Australia continue to fall, new findings have revealed that older Australians are more pessimistic when it comes to the housing market, with the majority believing prices will continue to decrease.

The data, collected by insurance providers Budget Direct, revealed that an overwhelming majority (66 per cent) of Aussies over the age of 65 believe that the average price of homes in their area will either slump or remain the same over the next 12 months.

This trend was also evident among those aged between 55 and 64, with just over 58 per cent believing house prices would drop or remain static, while 51 per cent of 45 to 54 year olds thought the same.

However the survey revealed that younger demographics possess very different attitudes regarding the future health of the housing market.

For example, those aged between 18 and 34 were far more likely to show optimism when it comes to housing prices, with more than 77 per cent of 18 to 24 year olds admitting they believe that house prices will increase in the next year.

Read more: Why downsizing is an emotional minefield for Aussie retirees

Senior Property Advocate and author Miriam Sandkuhler accredited these differing attitudes to the experiences of each generation, pointing out that younger buyers have lived mainly in a time when house prices were rising, causing them to see the current slump as “temporary”, whereas Baby Boomers have seen much wider fluctuation within the property market.

“For the older generation, the boom or growth conditions since 2000 are often outweighed by memories of previous periods where high interest rates caused house prices to suffer,” she said.

“I bought my first place right after the 1990s correction and clearly remember the pain others went through paying interest rates of 17 per cent while trying to hang on to their house. It left an indelible impression.

“There’s no doubt that baby boomers have benefitted the most from property’s purple patch since then. But this group of Australians understand better than most housing booms always come to an end.”

According to recent data by the Bureau of Statistics, the total value of Australia’s property market fell by $133.1 billion in the December quarter, with the mean price of homes now equating to $651,100.

Recent figures from Core Logic also show that for most of the country prices are steadily falling, with properties in Sydney suffering a 10 per cent decline year on year, while those in Darwin have fallen by almost two per cent in just one month.

The Budget Direct also highlights an issue for older Australians as many retirees, or those nearing retirement age, are encouraged to sell their homes as a way of boosting their retirement income once they give up work.

However, these findings show that the majority of people feel less confident about the prospect of securing a good price for their property as they age, with the results showing a clear change in attitude towards the housing market over time.

Sandkuhler , CEO and Senior Property Advocate at Property Mavens – a Melbourne based property advisory firm offering buyer and vendor advocacy services to time poor professionals, anxious investors and frustrated home buyers needing professional advice and desirable outcomes – urged people to “do their homework” before they consider selling up or investing in a property.

She told Starts at 60: “There are real barriers to the older generation cashing in on house prices and moving their money into a retirement income. For one thing, if it’s their home they will have to find a suitable replacement and in the Australian market we tend to build a lot of family homes and small apartments. But the result is a ‘missing middle’.

“Mature aged Australians who want to downsize often find reasonably spacious apartments or units closer to town, are priced more closely to their family home than they expect. Then there’s stamp duty which is a significant cash expense for people who no longer have a mortgage.

“Where it works well is for retirees who want a sea or tree change. We have achieved some good results over the last year managing the sale of clients’ homes in suburban Melbourne and buying smaller houses in provincial cities like Ballarat or Geelong.”

She added: “There’s the old adage that real estate is a long-term investment. So no matter when you plan to make your move, try not to be influenced by short term movements in price, as these are typically outweighed by fundamental factors over the long term.”

Have you sold your family home or considered downsizing and cashing in? Do you think the property market will continue to fall in Australia?