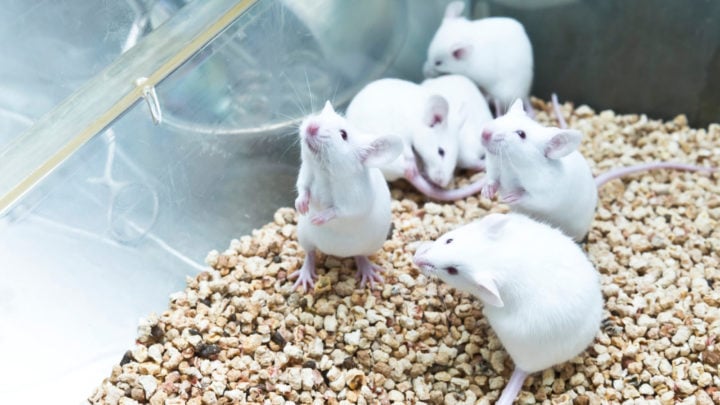 Uncertainty stressed a group of test rats, and the stockmarket can have the same impact on humans! Source: Getty.

Well, it’s obviously not the rat that didn’t receive any shocks – that rat was the least stressed. Interestingly though, it was also not the rat that received the most shocks. The rat that wasn’t sure whether it would be shocked or not was the most stressed of the three. Why? Because the uncertainty of its situation led to stress.

I immediately thought about how appropriate the lesson was from an investing point of view, especially considering the volatility we’ve seen in the sharemarket recently. Domestic and international shares have been affected by US-China trade war rhetoric and fears of a recession in the US. Sometimes markets have gone down, but then sometimes markets have gone up too. Uncertain times can be stressful for investors. The good news is, while uncertainty is a part of investing, to a certain extent it can also be managed.

So what can you do about uncertainty when it comes to your own investments?

You can always put all your money in a bank to eliminate as much uncertainty as you can. The problem with this approach is that you might be lucky to make 1 per cent or 2 per cent a year. Hardly your money working hard for you.

Or you can diversify. Spread your risk. Reduce the uncertainty this way. So many Australians, particularly retirees and people with self-managed super funds, invest only in Australian shares and property. These asset classes typically provide higher growth prospects but that means they come with a relatively high level of risk.

You can diversify and spread your risk with investments in defensive assets such as bonds. What bonds can provide is a level of resilience in your investment portfolio that can help reduce your uncertainty.

But that’s how real diversification works. At any point in time you’ll have some investments going well, and some that might not perform as well. Bonds may seem boring – no one’s likely to be talking about them at a dinner party – but they can provide a level of defence to your portfolio in times of volatility.

The stressed rat that didn’t know if it was going to receive a shock couldn’t do anything about the uncertainty in its situation. But Australian investors can. You can diversify your investments to reduce the stress from uncertainty.

Are you nervous about sharemarket fluctuations? What do you do to protect your money?