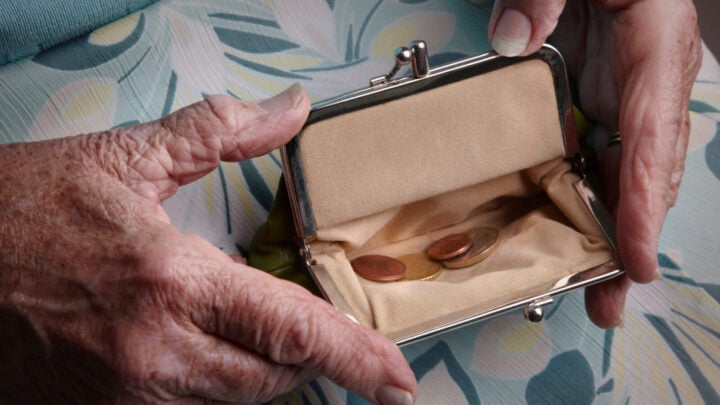 Draft legislation released on Tuesday is set to help women have fairer access to their share of superannuation in divorce, a move that’s being welcomed by advocates and legal professionals.

Women often retire with significantly less superannuation than their husbands, usually as a result of a multitude of contributing factors, including lower wages and time off work caring for children.

As it stands, women going through a divorce don’t have the legal right to request information from the Australian Taxation Office (ATO) about their former partner’s superannuation assets. With less super in the first place, this can leave women significantly worse off in the settlement.

On Tuesday, the Morrison government drafted legislation that will give power to both parties in a divorce, so they no longer rely on the honest disclosure of their partner and can apply to the court to request their former partner’s superannuation information from the ATO. The legislation is non-gendered, so it goes both ways — potentially helping both parties — but statistically will be more beneficial to women, including those from low-income homes and those escaping family violence.

“The draft legislation provides for a party to family law property proceedings in the Family Court of Australia, Federal Circuit Court of Australia and Family Court of Western Australia to apply to the court to request their former partner’s superannuation information from the ATO,” she said. “The bill will also authorise the ATO to disclose superannuation information to court registry staff for the purpose of use by the parties for relevant family law proceedings.”

The data-sharing scheme was first announced more than two years ago by the government in its 2018 Women’s Economic Statement. Advocates and legal professionals have now said the reforms were long overdue.

In March this year, research was released by Industry Super Australia (ISA) that analysed two decades of official Household, Income and Labour Dynamics in Australia data. It found that three-quarters of women were unlikely to retire with a full 40 years of super contributions.

ISA said this was despite the fact that modelling used in the recent Retirement Income Review (RIR) assumed that all Australians received four decades of super contributions. The result? Big overestimates in the super balances held at retirement, ISA explained, because the 40-year assumption didn’t take into account that women were more likely to work in lower-paid roles and industries, to have periods out of the workforce to provide unpaid care for family members and to have periods of part-time or casual work. It also didn’t take into consideration that some women were paid less than men for equivalent work.

The analysis by ISA of the Australian Taxation Office’s data on median super balances showed that women had lower super balances than men at every stage of life and end up retiring with 36 per cent less money in super than men. According to a 2016 Senate report, one in three women retired with no super savings at all.

This lack of superannuation can be incredibly damaging and risky for older women, particularly if they end up divorced. Without being given fair access to their partner’s superannuation funds, many women find themselves in dire straits, with an increasing number becoming homeless.

Fiona York, Housing for the Aged Action Group (HAAG) executive officer, said the organisation has long been campaigning for investment to support older women before they reach crisis point, which includes prioritising economic safety for women in retirement with superannuation policy reforms.

York said the reasons women end up in the situation are varied, however, superannuation is a massive contributing factor. “Women retire with lower average superannuation balances than men,” she said. “In fact, 35 per cent of women aged 60-64 [have] no superannuation at all, as a result of a range of structural social and economic factors, including the gender wage gap, time taken out of the workforce to care for children or other family members, female-dominated industries being more likely to be low paid, casual or part-time, experiences of family violence, and gender and age discrimination in the workforce. Although awareness has been raised about this issue in recent years, there has been very little action from decision makers.”

Have you been affected by the current lack of transparency around super and divorce?