Young Aussie workers getting poorer as the old get richer, report claims 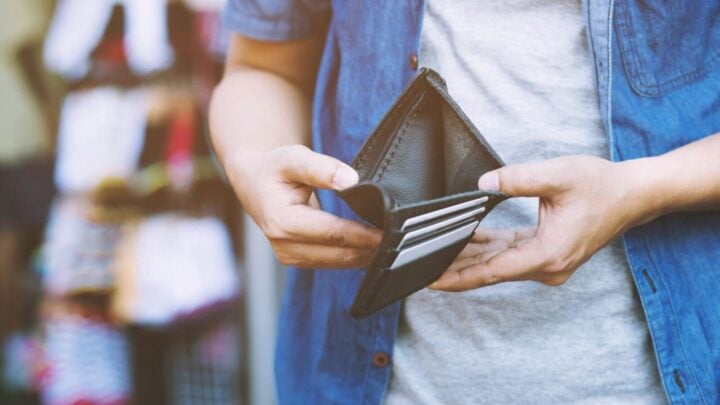 Young Aussies have been hit with the brunt of the economy according to a new report. Source: Getty.

Young Australian’s are getting the short end of the stick when it comes to income growth compared to that of older Aussies, according to a new report. The government-run Productivity Commission found that between 2008 and 2018, the average real income of young people aged between 15-34 has been on a steady decline while older Australian’s incomes continue to increase.

Commissioner Catherine de Fontenay said that a higher retirement age paired with a lower starting wage led to a “lost decade” of wage growth for younger workers. This also means that younger workers entered the Covid-19 crisis at a disadvantage, with lower wages and often limited savings.

“Young people face discouraging prospects in a tough job market; and there is a danger they will simply give up on their aspirations as they take positions further down the jobs ladder,” she said.

The data showed that income increases hadn’t slowed for those aged over 35 in the past decade as many were already in the workforce before the economy began reeling from the Global Financial Crisis (GFC) in 2008. After this, the labour market became more competitive as firms started offering lower wages and increasing part-time roles, and younger workers were the ones to bear the brunt of it all as the income divide worsened.

The report suggested that wage growth for majority of all workers under the age of 35 had flatlined between 2008 and 2018 regardless of education level, industry or occupation.

“It turns out that the ‘low wage growth’ story is essentially a story about people under 35,” she said. “If we look at average wage growth for those over 35, it hasn’t slowed.”

After the GFC, long-term unemployment and underemployment rose and government support decreased for students and young parents as eligibility for Youth Allowance and Family Tax Benefits tightened.

And to add salt to the wound, government benefits for young people are indexed to the Consumer Price Index which hasn’t shown any real growth in this period and notably dropped by a record 1.9 per cent in the June 2020 quarter. In contrast, the Age Pension for older Australians is indexed to wage rates which have grown 2.1 per cent in the March 2020 quarter, according to Australian Bureau of Statistics.

The report also found that more young people have been increasingly turning to the bank of mum or dad for help since 2008 with cash transfers going up and many young people choosing to save on living expenses by staying at home for longer.

“While these intra family transfers have helped cushion the fall in young people’s income, they have not been possible for all families, especially low income families,” de Fontenay said.

Going forward as the country tries to recover from the coronavirus pandemic, things are only expected to get worse for the under-35s. While those in the labour market following the GFC were able to fight off unemployment by finding part-time work in industries such as retail, hospitality and tourism, the same is not expected for the post-pandemic market as many of these industries have been the hardest hit and show no signs of immediate recovery.

“Evidence from the first three months of the crisis suggests that the workers in these sectors were primarily young, and on low wages,” the report read. “The Covid-19 recovery period may not see strong growth in those sectors, and therefore unemployment among the young could remain high for some time.”

Do you think younger Australians have it harder in the economy?