Where to find cheap petrol in your city 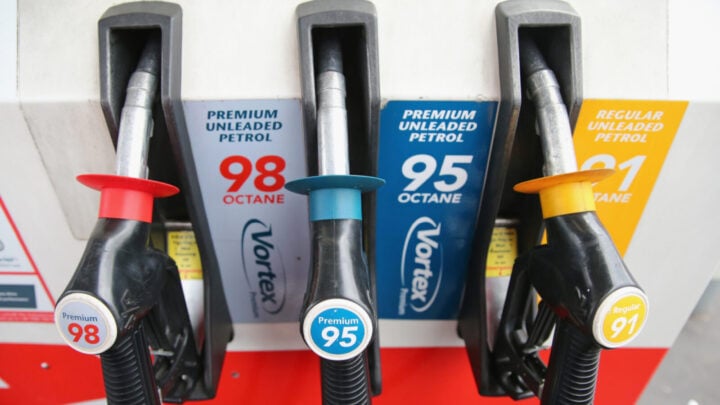 The best petrol prices are in, and the little dogs have come out on top. Source: Getty

Bigger isn’t always better, especially when it comes to fuel companies as new data shows ditching major petrol giants like Shell, BP and Caltex in favour of the smaller petrol retailers will get you more bang for your buck.

According to a new report by the Australian Competition and Consumer Commission (ACCC) motorists who switch to independent petrol retailers stand to save nearly half a billion dollars in savings.

The report showed that motorists in Sydney could save up to $445 a year if they switched to the lowest-priced independent chain rather than the highest-priced major retailer, while Melbournians could save $317, and Brisbane residents as much as $174.

“The range of petrol prices available to most Australian motorists means the potential savings from filling up at one of the cheaper retailers are very significant,” he said. “We often hear that all petrol prices are the same but this report shows that people living in capital cities do have choice about where they get their fuel, and how much they pay for it.

“Consumers should bear in mind that regular unleaded petrol sold in Australia typically comes from the same refineries or import terminals, and there are minimum quality standards that all retailers are required to adhere to. This means that motorists are getting petrol of a similar quality regardless of where they fill up.”

So where should you buy in your city?

Sims said luckily, in most capital cities, the competition is fierce meaning most motorists wouldn’t have to go far to find a cheaper independent option.

“While price is undoubtedly the biggest influence on consumers’ decision about where to buy petrol, it’s important to acknowledge that factors such as location, type of fuel sold, the ability to use discount vouchers, and convenience store offerings all play a part as well,” he said.

“People who choose to buy petrol at one location because it suits their needs can continue exercising their consumer choice. But we want Australians to know that there is a range of petrol retailers out there with different offerings, including cheaper petrol.”

For Sydney residents, Speedway was the best option, while petrol giant BP should be avoided by both Sydney-siders and Melbournians as it had the most expensive prices in the two largest cities.

Melbourne and Canberra residents were both better off if they choose to refuel at Metro.

Meanwhile, United was the winning choice for Brisbane and Adelaide. Brisbane and Canberra residents should choose to avoid Coles Express (i.e. Viva Energy) to save at the pump, while Adelaide motorists would be better off without topping up at Caltex.

Perth residents should opt to fuel up at Vibe while avoiding BP Sanzone, which has high costs, while Darwin residents should go to FuelXpress for the best price and avoid Puma Energy, which was the most costly.

Do you hunt around for the cheapest petrol in your area? Or do you just fill up wherever when you need it?