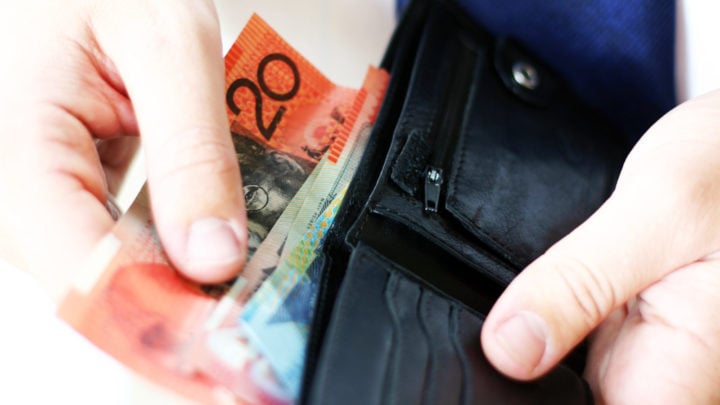 According to the Grattan Institute, the youth of today could be the first generation in memory to be worse off than their parents. Source: Shutterstock.

A new report has revealed that today’s young Australians are on track to be the first generation in living memory to be worse off financially than their parents. According to research by the Grattan Institute, the living standards of the young are being harmed by the effects of an ageing population, while seniors enjoy a more comfortable living with greater expendable income.

The report titled ‘Generation gap: ensuring a fair go for younger Australians’, which was published yesterday, found that seniors in Australia are spending more and have more money to spare than previous generations, while younger demographics cannot boast the same.

“Older Australians today spend more and have higher incomes and greater wealth than older Australians three decades ago,” report authors Danielle Wood and Kate Griffiths said in a statement. “But living standards have improved far less for younger Australians. The wealth of households headed by someone under 35 has barely moved since 2004.”

And, while it is often suggested that the youth of today have no spare cash due to their spending habits, with smashed avocado on toast often blamed for their hardship, the report claims these myths are simply not true. Wood and Griffiths added: “It’s a myth that young people’s spending habits and lifestyles are to blame for their stagnating wealth. This is not a problem caused by avocado brunches or too many lattes.

“In fact, younger people are spending less on non-essential items such as alcohol, clothing, and personal care, and more on necessities such as housing, than three decades ago.”

The report also revealed that the wealth of older households across the country has jumped up by 50 per cent since 2004, due to the likes of superannuation and the housing boom. However in contrast, Millennials are now far less likely than their parents and grandparents to be able to afford their own home.

Part of the problem, according to the think tank’s report, is that young people are being squeezed by the public system as it caters for the growing ageing population, as more people transition out of work and rely on aged care, the Age Pension and the healthcare system.

According to Grattan, an ageing population could cause financial problems for the young as there will be fewer working-age people for every retired person to bear the costs. The report states that the number of 15-64 year-old Australians for every person aged 65 or older fell from 7.4 in the mid-1970s to 4.4 in 2014-15, and is expected to fall further to 3.2 in 2054-55.

“Governments have supercharged these demographic pressures by introducing generous tax concessions for older people,” the report continues. “Working-age Australians are underwriting the living standards of older Australians to a much greater extent than the Baby Boomers did for their forebears, straining the ‘generational bargain’ to breaking point.”

The most recent report from the Aussie think tank comes just two months after John Daley, chief executive of the Grattan Institute, argued that the planned increase to the super guarantee (SG) should be scrapped, claiming that retirees rake in “more than enough” to live a comfortable life after giving up work.

The planned hike will see compulsory superannuation contributions rise from its current cap of 9.5 per cent to 12.5 per cent, over a period of five years beginning in July 2021. However Daley argued that current retirement standards – which are around $43,300 for a home owning single person and $61,000 for home owning couples to be classified as being able to live comfortably – are too generous.

Daley argued that current benchmarks set by the Association of Super Funds Australia (ASFA) wrongly focus on elevating retirees to a higher standard of living, rather than maintaining the standard of living they enjoyed previously.

“We are not trying to get them to have a standard of living in retirement substantially higher than they had during their working lives,” Daley said at the Actuaries Institute annual summit in June.

Do you think young Australians today are doing it tough? Do you agree that there are too many tax breaks for older Australians?