How do you fair? The steps to check and improve your credit score 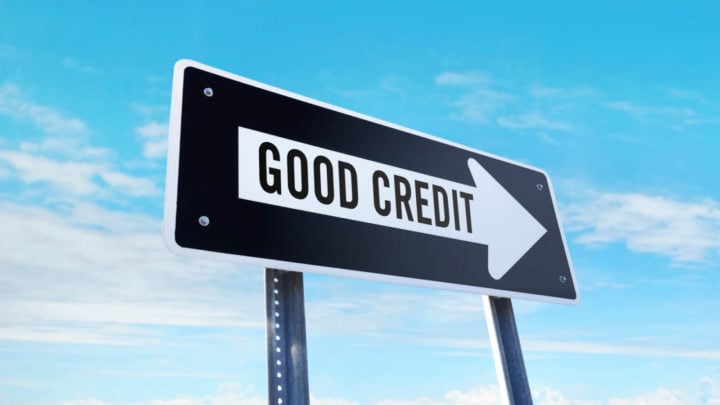 A good or bad credit score could mean the difference between heading off on that overseas holiday you'd always dreamed of or staying at home on the couch. Source: Getty

Getting older is not everyone’s cup of tea with wrinkles appearing and health issues beginning to set in, but there are many positives to ageing, including a better credit score.

After years of managing your money you’ve probably got a good grasp on budgeting – especially if you followed the advice of those frugal grandparents and parents – and with that comes an overall positive financial position, at least according to Credit Simple’s new State of the Nation report.

But how exactly do you find out what your credit score is and what can it mean for your future? We’re here to explain.

What is a credit score?

A credit score is simply a number that ranks your ability to manage your money and pay your bills on time. It can range from zero all the way to 1,000 – the higher the number, the more “credit-worthy”, or reliable you appear to potential lenders.

Although we use money almost every day, whether it be buying a lunch out with friends or filling up the car with petrol, not many people actually know what their credit score is. In fact, the newly released report found 65 per cent of Australians aren’t aware of their score, while 50 per cent have no idea what impacts it.

According to Credit Simple, the number generally sits around the 300 to 850 mark, however a person’s score can drop and rise significantly depending on how well they are dealing with their finances. If you are continuously paying off the bills late and incurring extra fees, that will lower your credit score, as will applying for credit cards on a regular basis.

Whereas, if you’re a savvy saver as you’re parents no doubt taught you to be, and aren’t always calling on the bank to lend you more money, then the number is probably looking pretty healthy.

Interestingly, females actually have better credit scores, despite the fact males actually think they’re better at budgeting and feel they’re more in control of their finances. The report data shows women have an average score of 796, which is close to the ‘excellent’ category, compared to men who sit around the 778 mark.

How to check your credit score

Checking your credit score can be done as often as you like and it won’t affect the overall number. It’s a fairly simple process with a few websites offering the service for free, such as Credit Simple and Illion.

All you have to do is provide a few details about yourself, such as your full name, address and a form of ID, including a driver’s licence number. From this, the organisation can compile your financial history and come up with a whole credit report detailing your score and what has contributed to that number, good and bad.

It will also provide you with data on where you sit compared to other people in your area, your age, and even your star sign. Some go even further by offering suggestions on how to track your money and providing offers for products which could help you along your financial journey.

What is an average credit score?

While the average credit score for the whole of Australia sits at 785, the numbers vary significantly between each state and territory. Interestingly, according to the Credit Simple survey, those in the southern states are doing better with their money, averaging much higher scores than their northern counterparts.

In saying that, it was the ACT that topped the list with an average score of 837. As for the 55-to-64 age bracket, those in the ACT scored an average of 758, while over-65s are doing extremely well with their money, sitting at 835.

However, despite the high scores of those living in the territory, there seems to be a lot wanting to further improve their financial situation with 91 per cent of of ACT resident saying they’d like to be better at budgeting.

Tasmania sits in second place with an average score of 815, followed by Victoria with 792, South Australia just a smidgen behind on 790 and New South Wales rounding out the top five with 786 – just one point above the national average.

Sadly for those in Western Australia, Queensland and the Northern Territory, things aren’t looking quite as impressive, but certainly still not bad, with overall average scores of 782, 777 and 755 respectively. Baby Boomers fell a little short in these states as well.

How to improve your credit score

If you’ve checked your credit score and are feeling a little disappointed with how you have faired, then don’t stress because there are things you can do to improve it. Paying your bills on time is a good palce to start – this will show lenders that you are organised and capable of managing your funds.

The same can be said for holding back on applying for too many loans. While it could save you money in the long run, if you have a record of trying to get multiple credit cards or small loans within a short period of time, it could send red flags out to lenders that you can’t save or budget.

If you’ve failed to pay off your credit card for months in a row or are falling behind in mobile phone bills, this could lead to a default which is a major warning sign to lenders that they shouldn’t give you money. Unfortunately the default will stay on your credit report for five years, but this doesn’t mean you shouldn’t pay it off.

If possible, you should clear that debt as soon as possible. This will tell lenders that you’re trying to improve your financial situation.

Lastly, you should remember those words of advice from the parents and grandparents and get budgeting. It’s something that nearly 80 per cent of Australians claim they’d like to be better at, and no doubt would help to raise that credit score.

Do you know what your credit score is? Were you aware of what could affect it?