Pandemic pause? Over 60s have stopped planning or talking about death 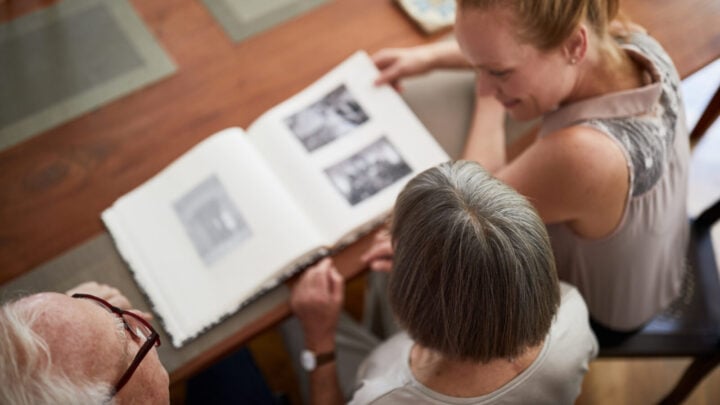 Research has shown that while the majority of Australians have wills and end-of-life plans in place, we are avoiding having discussions about them with our families. Source: Getty

A recent study has shown a dramatic drop in the proportion of people making and discussing end-of-life plans, with experts theorising it may be another effect of the global pandemic, as people choose to avoid the tough topic after an already difficult year.

The Australian Seniors 2021 Mindset Shift report surveyed 5,000 Australians and found that although the majority had a plan in place for when they passed, there had been a 10 per cent drop in the past three years and less than half (48 per cent) have had discussions with their family about their plans. It’s a stark difference from early 2019, when Starts at 60 conducted a study that found 93 per cent of respondents had already discussed their wishes for health care, resuscitation orders, funeral plans and more.

Dr Christina Bryant, associate professor and director of clinical psychology at the University of Melbourne, said the research showed there was a necessity in our society to drive conversations with loved ones about death and dying.

“People think that death and dying are a natural part of life and they have wills; it’s just talking about it that people find extremely difficult,” she said. “Research also shows that this discussion is often avoided and that this needs to be a continuing conversation — not a one-off — because as circumstances change, preferences for end-of-life care also change. It is commonly thought that most people want to die at home, but this is more likely to happen if this has been discussed by both the person dying and the person who cares for them.”

The study found that since the pandemic there had been a notable shift in the way older Australians were thinking, and while people accepted death as an inevitable part of life, Bryant said when it came down to sitting down and discussing one’s mortality it was a lot harder in reality.

She said, “80 per cent of the people in this survey said they accepted that death was just a natural part of life. I think accepting that in theory is very different from talking about it in practice, in the nitty-gritty, and I think in general we still live in a society that isn’t comfortable talking about death.

“It is very encouraging that older Australians think we should be talking more openly about death and dying, and the vast majority (80 per cent) believe that is a natural part of life and shouldn’t be a taboo subject. Three-fifths (63.5 per cent) acknowledge that it’s a way to ensure their wishes are met.”

Bryant said the conversation about death may have been even harder than normal this year, with the added pressures of the pandemic, theorising that after job losses and lockdowns, it may be just “too much” for some to tackle.

“Last year was obviously a very difficult year for many people,” she said. “It was a struggle for a lot of people just to get by, to manage to get through, particularly in Victoria where I’m based and where a lot of the respondents to the survey are based. People had to get through a very long lockdown in the middle of winter and maybe when you’re just coping with things day-to-day, it’s just too much to think ahead to the future and to talk about something that is uncomfortable — your wishes about dying.

“It is partly that we prefer not to do things that make us feel anxious or worried, and then we also worry about making family members worry. I suppose if you relate that back to Covid-19, perhaps, if you were an older person who wanted to talk with your daughter or son about your wishes – but then that daughter or son is suddenly out of a job or working from home and homeschooling – you might very well say to yourself ‘you know, now isn’t really the time to be worrying them with this. They have enough on their plate already.'”

Bryant said that while it wasn’t an easy topic, end-of-life plans and conversations allowed family members to make important decisions about resuscitation orders, organ donation and funerals at a “highly emotional” time, and also ensured they knew exactly how to fulfil their loved one’s wishes without regret or guilt later on. According to Bryant, there are many resources to prepare yourself for the conversation but, more often than not, we overestimate how difficult it will be.

“But I’d also say to prepare yourself by having a look at some of the resources on the Dying to Talk campaign webpage. There is some really good information [there]; or speak to your GP.”

Do you have an end-of-life plan in place? Have you discussed your wishes with your family recently?