Cancer patients want to talk about death but their doctors don’t, study finds 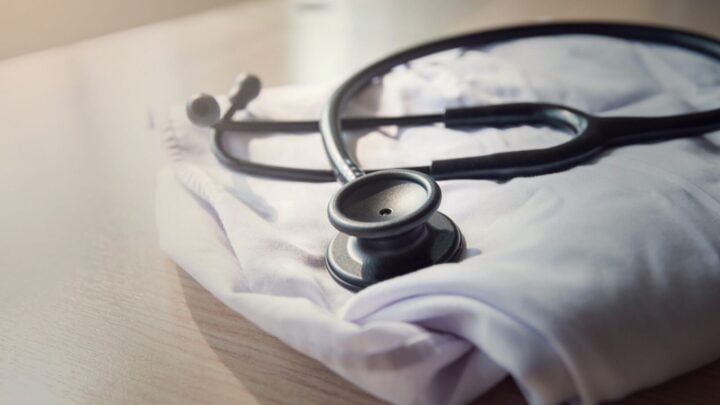 Studies have found that a lack of time and understanding are key barriers for doctors discussing ACP. Source: Getty.

Although the majority of people with cancer and the people who support them want to discuss and actively make advanced care and end-of-life plans, these vital conversations just aren’t happening with the necessary parties, namely their doctors or health care providers, a new study has found.

The study conducted by Advance Care Planning Australia (ACPA) surveyed more than 700 cancer patients and the family members and professional carers who supported them to find that 65 per cent of participants had discussed advance care planning (ACP) with their family and friends in preparation for when they lost capacity to do so in the future. But just 4 per cent had had similar conversations with health professionals such as their treating doctors.

ACP allows people with chronic or life-limiting diseases to clarify their values and preferences on the medical treatment they receive when they’re nearing or have reached the end of their life. ACPs can also set out a wide range of other preferences, from the place in which a person prefers to end their life to who is permitted to see them during the final days and their religious or faith-related requirements.

That doctors and nurses play a key role in supplying treatment that aligns with the individual’s wants make the professions important players in ACP conversations.

(The survey also found that younger people with cancer were more likely to have discussed ACP than those aged over 66, and just a third overall had documented their wishes in a formal document such as a legally binding advance care directive or advance health directive. A previous ACPA study found that more broadly, 70 per cent of older Australians had not created a ACD or communicated their wishes to loved ones.)

But a 2018 study from the Royal Australian College of General Practitioners (RACGP) found that there were several barriers to ACP conversations between doctors and patients. These included a lack of awareness from patients on the treatment options open to them at the end of life, as well as the difficulty of communicating within a fragmented health system.

The 2018 RACGP study also found that many GPs believed patients weren’t willing or able to face discussions about their end-of-life care, and some GPs found that talking about death with patients could take away hope or damage the doctor-patient relationship. The research also found that a heavy workload and inadequate training discouraged clinicians from involving themselves in ACP discussions.

Joel Rhee, ACP expert at the RACGP, which represents Australia’s general practitioners (GPs), said it was disappointing such a large majority of cancer patients in the ACPA survey felt they were unable to have advance care conversations with health professionals. He acknowledged the need for change, which he said was “a big challenge but something really worthwhile doing”.

“I think it’s important that everyone works together; that includes doctors, other health professions, peak health bodies, consumer groups and government organisations to try to increase that number [of conversations],” Rhee added.

Palliative care consultant Dr Sonia Fullerton, who co-authored the ACPA study, said she hoped the findings would indeed bring greater attention to the importance of having end-of-life discussions in cancer care.

“Quite clearly, people with cancer and their families want to have these discussions, but too frequently their doctors and healthcare providers feel unprepared for such weighty and potentially difficult conversations,” she said. “We need to do more to ensure that everyone involved in the care of people with cancer can confidently and sensitively lead these important conversations.”

Organising opportunities for these discussions to be had sooner rather than later was vital for cancer patients, Fullerton added, with up to half of people with an advanced form of the disease experiencing delirium when admitted to hospital and 90 per cent experiencing delirium in the days before death, which left them unable to make treatment decisions at that time.

Rhee said that the RACGP had known of issues around the delivery of ACP conversations for a while, so had already worked with independent bodies and the Australian government to develop initiatives to improve the skills of GPs and nurses in conducting end-of-life planning discussions. These included holding educational online and face-to-face classes that provided information on dealing with ACP.

But the decision to attend these classes was at the discretion of individual practitioners, Rhee said.

“Mandating ACP for all practices could be an issue because each needs to consider its own practice population and tailor-make their approach accordingly,” he explained. “But obviously most GPs and practices do look after people with chronic diseases so we’d encourage most GPs and nurses to be involved in up-skilling their knowledge and understanding in advance care planning but making it mandatory is a different issue.”

Rhee added that there were other initiatives underway around ACP designed to improve outcomes for patients, such as those that educated aged care workers on ACP, and others that invited lawyers to address medicine and nursing students about legal issues around end-of-life planning.

Linda Nolte, program directory of ACPA and a co-author of the new study, said groups such as her own also needed to take responsibility for supporting and up-skilling health professionals to ensure these sensitive conversations happened at the right time. “We can’t say we’re giving people with cancer the best care if we don’t understand what they value most and what they would choose if their time was limited,” she said.

ACPA offers many free resources for patients who want to make advance care plans or have advance care discussions with loved ones, including a free national advisory service for both consumers and care providers and online forms and other documents required to create an ACP.

Do you think doctors need to pay more attention to advanced care planning?