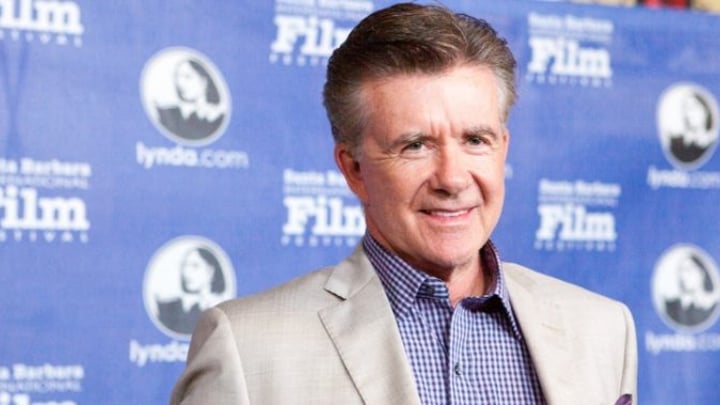 When you write your Will you expect that to be the end of what happens to your estate after you have gone. But what happens when there is a fight?

The sons of actor Alan Thicke are taking their step-mother, Alan’s third wife, to court over his estate, according to Hollywood Reporter.

Alan Thicke, former star of Growing Pains, died last December while playing hockey with his youngest son Carter. He was 69. Now his older two sons, who are named co-trustees of their father’s living trust, say they’ve been left with no choice but to file a petition in order to “honor the memory of their father, protect his legacy, and prevent his testamentary intentions from being undermined by avarice and overreaching of his third wife, Tanya Callau.”

The sons, Robin and Brennan, claim their father acquired the vast majority of his wealth long before meeting Callau, pictured with Thicke below, who signed a prenuptial agreement ahead of their 2005 marriage. In the trust, Thicke left each of his three children equal shares of a Carpinteria ranch, 75 percent of his personal effects and 60 percent of his remaining estate, according to the petition. He left Callau the ranch’s furnishings, 25 percent of his personal effects, a $500,000 life insurance policy, all of his death benefits from pensions and union memberships and 40 percent of his remaining estate. He also provided that she could live at the ranch, as long as she paid for its expenses and maintained the property.

Now, Thicke’s sons claim Callau is insisting that the prenup she signed is invalid. According to the petition filed Tuesday in L.A. County Superior Court, Thicke updated his trust from time to time, and the most recent iteration was signed in February 2016. “Now that Alan is dead, Tanya claims there are numerous problems with the Trust and the Prenuptial Agreement,” writes attorney Alex Weingarten in the petition. “Tanya asserts that there is no chance the ‘Prenup’ could withstand legal challenge and that she has very significant community rights in the Trust’s assets and rights of reimbursement with respect to improvements to the Ranch. Tanya also claims ‘Marvin rights’ asserting that she had to forgo opportunities to pursue and advance her own career in order to support Alan and be his companion and partner, including raising Carter.” Carter is 19, and the son of Thicke and his second wife Gina Tolleson.

Weingarten also claims Thicke’s wife has “threatened to make her claims fodder for ‘tabloid publicity’ unless the Co-Trustees agreed to participate in a mediation and succumb to her demands.” The Thickes are asking the court for instructions concerning the extent to which the Trust’s property is the actor’s separate property and whether Callau’s challenge to the prenup is barred because she waived her community property rights when signing it.

“My clients made every effort to resolve this without the need for going to court,” Weingarten tells The Hollywood Reporter. “The only thing they care about is protecting the legacy of their father and honoring his intentions. That is exactly what we are going to do.”

A representative for Callau could not immediately be reached for comment.

Do you think the will, or any will, should be changed in any circumstances?