AustralianSuper levies members to pay for government reforms on fees 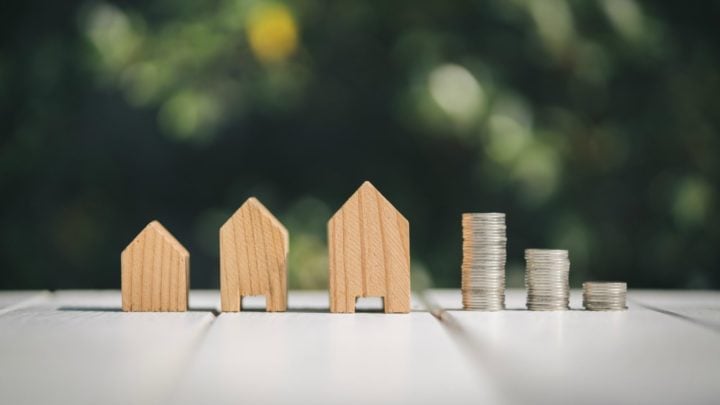 A $50,000 super balance with AustralianSuper will cost an extra $20 a year. Source: Getty.

Australia’s largest superannuation fund will levy all accounts worth more than $6,000 to make up for new government rules that cap fees on super accounts under that amount.

But AustralianSuper, which manages the super savings of one in every 10 working Australians, worth more than $1.8 billion in total, said its fees were still lower now than they were a decade ago – in 2010 a $50,000 balance would have attracted $528 in annual fees – and that it remained one of the lowest-fee funds in the country.

Since July 1, 2019, super funds have been required to close inactive super accounts with balances of less than $6,000 and send the money to the Australian Taxation Office so the money can be consolidated into an active account held elsewhere. (You can find out if you have multiple accounts that can be consolidated by registering for a MyGov account, then searching using an ATO online service.)

Funds were also forced to cap the investment and administration fees charged on accounts holding less than $6,000 at no more than 3 per cent of the account balance. And charging exit fees to members who wished to move their money to a different super fund were banned entirely.

The reforms, called Protecting Your Super, were designed to stop the proliferation of inactive and low-balance super accounts, which commonly occur when workers move from job to job, having an account opened in their name by each employer, but fail to consolidate those accounts. Without continued contributions, the balances in the accounts tend to be eaten up by super fund administration and investment management fees.

AustralianSuper said it supported the reforms meant to protect such accounts but the change meant it was left with a shortfall when it came to covering its administration costs.

AustralianSuper members currently pay an administration fee of $2.25 a week and an investment fee of 0.6 per cent of an account balance for its popular Balanced fund option.

The new levy will come to 0.04 per cent of an account balance and will be applied once between April 1 and June 30, then again after July 1 and annually going forward. The levy won’t be applied to Choice Income or Transition to Retirement Income accounts, the fund said.

The Royal Commission into Misconduct in the Banking, Superannuation and Financial Services Industry, which reported its findings in February 2019, recommended that funds be prohibited from charging advice fees on MySuper accounts. MySuper accounts are ones that employers set up for employees by default when the employee doesn’t select a specific super fund to receive their mandatory employer contributions.

The commission also recommended that Australians be permitted to have only a single default account, to prevent further swathes of inactive and low-balance accounts.

Treasurer Josh Freudenberg agreed with the single default account recommendation, which he said the government would institute for new workers joining the super system. He also approved the prohibition on advice fees on MySuper accounts and limited the ability of funds to charge advice fees on non-MySuper accounts.

Do you think the fees on your super account are reasonable?