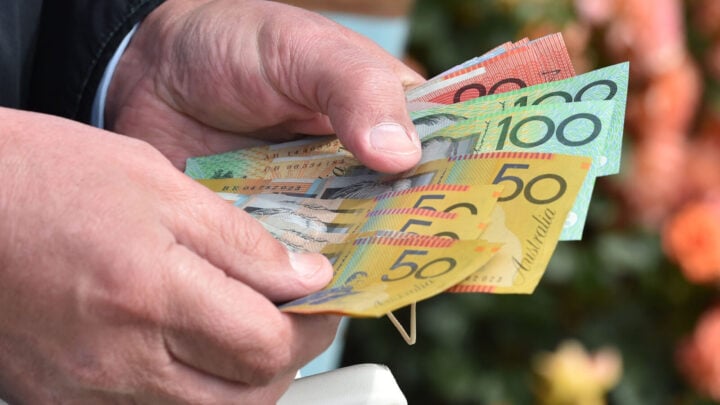 It's commonly agreed that the aged care sector is inadequately funded, but would you be willing to part with your own cash to change that? Source: Getty.

Given the choice, most older Australians would opt to remain at home in old age, rather than living out their final years in an aged care home. Those feelings have most likely been heightened in recent years, particularly as the Royal Commission into Aged Care Quality and Safety highlighted many failures within the sector. And now new research has revealed just how much Aussies would be willing to spend in order to make that dream a reality.

A new survey, released by the Aged Care Royal Commission and carried out by Flinders University, found that Australians would be happy to pay more out of their own pocket if it meant they could require satisfactory or high quality care in the comfort, and familiar surroundings, of their own home.

The study, carried out by more than 10,000 people, found that over 70 per cent of people would be happy to pay a larger co-contribution to receive adequate support and care at home, as long as it meant they could avoid having to move into a residential aged care facility. The results showed that on average people would be willing to pay $162 per week to receive “satisfactory” care at home, and $241 for “high quality” care.

Almost 90 per cent of those who took part in the research agreed that the government should allocate more funding for aged care services, while almost two thirds agreed that public expenditure should be reallocated to aged care.

Interestingly the research also revealed that most people would be on board with raising taxes if the additional funds were put towards funding the aged care sector adequately. On average, people would be willing to pay an extra 1.4 per cent income tax per year to ensure satisfactory aged care is delivered, and a further 1.7 per cent annually to ensure high quality care is provided to nursing home residents.

The Royal Commissioners, the Hon G T Pagone QC and Ms Lynelle Briggs AO, say the research confirms that Australians want high quality aged care to be delivered and accept more funding is part of the solution. This follows the royal commission’s interim report which found that a fundamental overhaul of the design, objectives, regulation and funding of aged care in Australia is required.

How much would you be willing to pay to avoid aged care in later life?