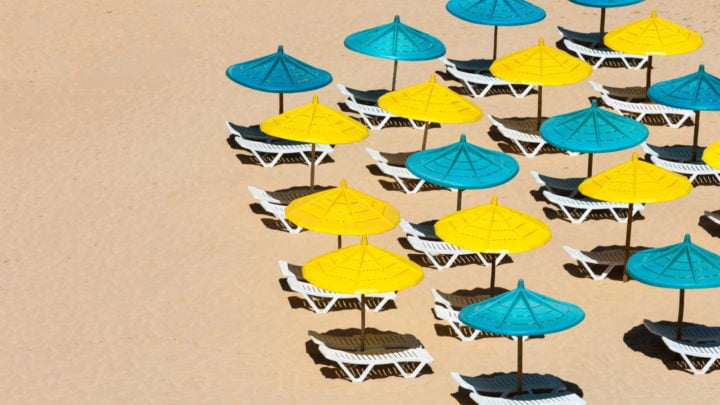 A universal pension would provide every senior with equal protection from falling into poverty. Source: Getty.

But now, with recent figures showing nearly half a million Millennials taking advantage of the government’s early access to super scheme for those in financial hardship, Australian seniors also in difficulty, but who can’t afford to take large chunks of cash from their super because they don’t have the luxury of decades to rebuilt it, wonder how they’re expected to get through the pandemic without seriously impacting the funds expected to last them through as much as 30 years of retirement.

In response, National Seniors Australia has called for a reform of the retirement system, saying there’s no better time for action given the current state of the economy. National Seniors calls on the words of Mercer actuary David Knox to explain that the current means-tested system, made up of super and the Age Pension, leaves many Aussies wondering whether it’s actually worth saving for retirement because saving too much effectively reduces their pension entitlement.

Instead, a solution could be a universal pension, such as used by countries including the New Zealand and the Netherlands, which allows people to keep every penny they save, while having a lower level of income in the form of a pension to fall back on.

How would a universal pension work?

Many older Australians rely on mix of the pension and a super income stream to fund their retirement years, having carefully the amount they draw down from super to supplement their pension entitlement.

But the ongoing impacts of Covid-19 is rendering an increasing number of seniors cash-poor due to reduced income streams from their super funds, which have been diminished by stockmarket falls. At the same time, because the pension is both income- and asset-tested, seniors who’ve had their income drop but have maintained the value of their assets during the pandemic could find that their pension eligibility hasn’t increased to make up for the shortfall in super income.

Applicants under the asset test can have $578,250 of assessable assets to receive a part-pension, but any more will rule out them entirely, forcing them to . Currently, the maximum amount a senior could get from the pension is $944.30 a fortnight.

The idea of a universal pension is to give every senior at least a part-pension that isn’t means tested to provide a base level income that protects against widespread poverty. After that, seniors must use whatever savings they have managed to accumulate during their working life to decide what level of lifestyle they enjoy in retirement.

National Seniors has put forward a number of suggestions for the federal government to consider based on the universal pension plans used in other countries.

In both the Netherlands and New Zealand, every senior is given a pension that isn’t means tested. Doing this would be the ultimate protection against poverty in older generations, however it would also mean increasing taxes to cover the additional costs for the government.

Without a base rate of pension and with the current assets and income tests, National Seniors says Australia’s current pension model only complicates retirement planning for middle Australia, a group of people who must try to balance super funds with pension income to maximise their income.

Why seniors are calling for more help during Covid-19

Government supplements have been coming in left, right and centre in response to Covid-19 but little was done to support those who don’t qualify for any government payments including the Age Pension. Chief among these are self-funded retirees – a group that the government wishes to grow.

In March, the Morrison Government said it would allow Australians of all ages to get early access of up to $20,000 of their super savings to help those experiencing financial hardship.

The Australian Taxation Office says that more than 1.3 million applications for early super access had been approved by May 11, with those aged 30 and younger, who are more likely to work in hospitality or retail, making up a third of the total with over 450,000 applications. This compared to just 176,000 applications from Aussies aged 51 and older.

An Industry Super Australia analysis found that Millennials who plan to access the full $20,000 of their super funds could risk draining almost $80,000 in total from their retirement balance. But while that’s a large sum, it’s worth noting that Millennials are have the time they need to at least partially recover the funds through further decades in the work force.

But near-retirees or those who have stopped working simply don’t have that same opportunity to use their super savings, then make up the shortfall later. Yet the existence of pension means testing means that there was a disincentive to have saved more during their working lives to build a bigger buffer against unexpected falls in super savings during retirement.

And self-funded retirees – those who don’t receive the pension at all – would have to see a significant fall in their personal assets before they became eligible for the pension, a reality that often forces them to choose to take a smaller private income in retirement for fear their savings will run out.

That’s why finance and economics consultant Pauline Taylor told the ABC that there was still a concerning number of Australians over 50 who were accessing their super early.

“[If] you take money out in your 50s, there is so little time to make it up …particularly for women, you can go down the path of homelessness and single older woman are the fastest-growing group among the homeless,” she said.

“Governments should be encouraging people to think long term. Encouraging them to think they can take it out is not addressing this long-term problem we have of Australians not having enough super for retirement.”

Ian Henschke, the spokesperson for National Seniors, says that the axing of the means test would be a win-win for everyone in the end.

“Means testing is costly to administer and leads to perverse outcomes, which are more apparent in the current crisis,” he says.

“Asset taper rates unfairly penalise those who save more for their retirement. Income tests undermine ongoing workforce participation and lead to ongoing anger over deeming rates … [A universal pension] would get rid of the pension assets and income tests, doing away with the need for unfair taper rates, deeming rates and work restrictions, and end the need to engage with Centrelink.”

Do you think the current retirement income system is fair? Would you prefer a universal pension system?