‘Generous’ Age Pension? Over-65s have PLENTY to say on this 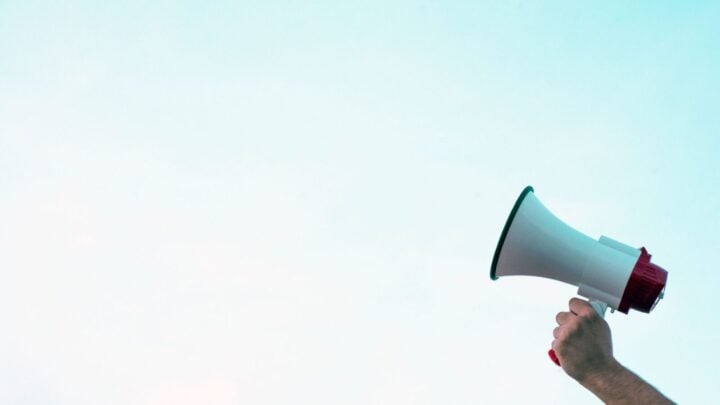 It's time for pensioners to have their say. Source: Getty.

Noel Whittaker’s column on the Retirement Income Review sure got Starts at 60 members thinking – and talking!

The column, published in December, evaluated the potential outcomes  – or lack thereof – of the long-awaited review and noted that demographic change meant that the current Age Pension was unlikely to continue over the long term in its current “generous” form, simply because of the growing unbalance between the number of pension recipients and the amount of tax levied on over-65s.

The finance guru’s thoughts drew some passionate responses from members, who offered a range of perspectives on how generous they thought the pension really was. And although the latest Mercer CFA Institute Global Pension Index found that Australia’s retirement system ranked fourth out of the 39 countries that were evaluated for adequacy, sustainability and integrity, many commentators were sure the current pension rates didn’t suffice.

So here’s what the community had to say on the Starts at 60 site about Noel’s views on the Retirement Income Review and the pension. (If you want to join the debate or voice your own opinion on any topic on Starts at 60, you can sign up as a member to leave comments under any of our articles. You can also read more about Noel Whittaker’s insights into the retirement system with his new book Retirement Made Simple, which you can purchase from the Starts at 60 Marketplace here.)

‘Mcfarrobb’ on the preference to the wealthy

“It always seems that whenever there is a discussion on superannuation it always swings in the direction of the fat cats. Don’t get me wrong; if you work hard, get educated and move up the ladder, you are entitled. There has to a be a pointy end on a pyramid. But the working Joe can get pretty frustrated with comments like: “If you’re on $400,000 a year, or you can put $180,000 in you super if you want”.

Come on Noel, get real, I doubt whether anybody who earns that sort of money are even familiar with this blog.

In the real world, you can only put away (salary sacrifice) $25,000 pre-income tax, and you pay 15 per cent going into your fund, which saves you 17 per cent, but if you have a job paying $100,000, the company you work for pays 10 per cent in your super, you then can only salary sacrifice $15,000 or be taxed at 48 per cent on the additional contributions.

As a result, many decide not to salary sacrifice at that percentage and take the money in salary which is taxed at 32 per cent (which is good for the economy, I suppose).

There should be more talk and more incentives for people who earn up to $150,000 a year to save for retirement, so nobody has to rely on the pension even if they do deserve it for all the hard yards.”

‘Toxophilite’ on the pension in a perfect world

“For many of us who are approaching retirement in the next five years or so, there are factors that have adversely affected the accumulation of superannuation, all of which were beyond our control.

Personally, I was fortunate to be receiving superannuation from when I started working in 1977. The factors that were beyond my control was the rate that incomes increased back then; $5,000 p.a. in 1977, $32,000 in 1999. Even at the current 9 per cent superannuation contribution rate, that does not amount to a large nest egg.

Where this is leading to is that people who are not on above-average incomes do not accumulate good superannuation balances. Nor do they accumulate savings unless they are fortunate enough to inherit so they do not have to pay rent or a mortgage repayment. All assumptions are made on people in a perfect world. Sadly, we do not live in a perfect world, hence the need for a good pension system.”

‘Mo1949’ on being grateful but feeling it’s not enough

“Whilst I appreciate the pension I receive, because I would starve without it, I am female, 70-plus, worked in a ‘gig ‘ economy most of my life. My super is $4,000 and my savings are just enough to cover my funeral. I did a spreadsheet last week, added up all my necessary bills, power, phone, home and car insurance, petrol, etc. The residue, approximately $7,000 per year after all bills, is what I have for food, entertainment and general partying NOT.

The government punishes me if I manage to get any other work and my pension is subsequently reduced. The GENEROUS pension keeps me alive. As a mature-age, healthy, fit, capable, intelligent female – and nearly all of those are recognised by prospective employers as negative statements – I cannot get a job anywhere. So I guess if the government reduced our pension I should just start digging my grave. No, I’m not depressed, just bloody angry at all the above statements about our GENEROUS pension. And yet, I am still grateful to have it.”

‘Chaddo’ on adapting to changing rules

“The writer states: ‘The main problem with the review is the assumption that our present pension system can continue at its present generous level’. Well, to start off that’s not correct. Generous? NOT by OECD standards. By those standards it’s NOT particularly generous compared to other wealthy OECD countries. I do understand the point he makes about how in 20 years the rules will limit those with massive super balances …but, 20 years? What about NOW, when the amount of outlay of the Fed Govt on the ‘franking credit refund’ is NOW more than the total paid in Age Pension?

Lastly, I get that those (including myself) make plans for retirement and then the rules change. BUT that’s the nature of life. Expecting the rules around one particular thing HAVING to stay the same whilst all else around them changes as the world does is naive and unrealistic.”

The OECD’s Pensions at a Glance research, most recently published in 2019, found that across the OECD countries, over the past 40 years, the number of people older than 65 years per 100 people of working age (20-64 years) increased from 20 to 31 and that by 2060, it was expected to have almost doubled to 58 – meaning there will be fewer people of working age than of pension age.

The report found that 23 per cent of Australian over-65s lived in ‘income poverty’ (putting Oz roughly in line with Estonia, Korea, Latvia, Lithuania, Mexico and the US, trailing the across-OECD average of 14 per cent and far behind Denmark, France, Iceland and the Netherlands, where fewer than 4 per cent of the over-65 population lived in income poverty) and that over-65s in Australia received an income equivalent to 72 per cent of the income received by the total population, which was lower than the OECD average of 87 per cent.

But the report noted that this income figure may be skewed by the fact that some retirees took their super savings as a lump sum, rather than in the form of an income stream, and that the numbers were different depending on the age of the retiree; those aged 76-plus, who had little opportunity to contribute to super, received an income equivalent to 64 per cent of total population income, while those aged 66-75 were considerably better off at 78 per cent..

The report explained that 75 per cent of Australians aged 65-plus received a government pension, compared to just 25 per cent on average across the OECD nations. However, the OECD report did not consider this problematic.

“Australia is ageing more slowly than the OECD average,” it said. “Given the relatively limited involvement of the government in pensions and the slower ageing process, there is less of an issue of public finance pressure than in many other OECD countries. Public expenditure on pensions [in Australia] is projected to remain well below half of that of the OECD average.”

Do you think the Age Pension is too low, fair or generous?