How to deal with the emotional dumper in your life 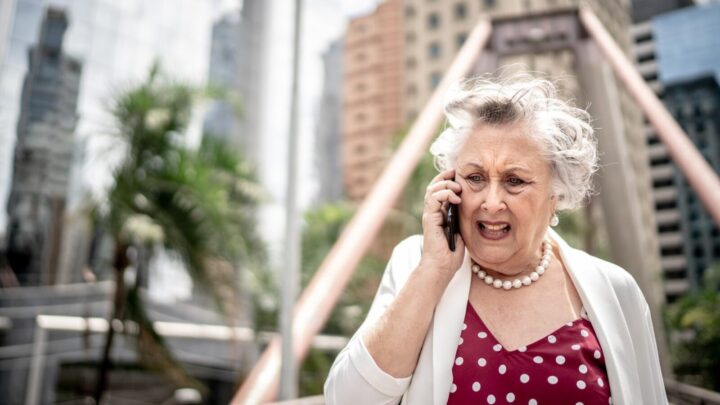 Do you have an emotional dumper in your life? Source: Getty

Whenever retired Sydney nurse Gwen has plans to meet up with her old school chum Margaret, she often finds herself making excuses, or cancelling at the last minute.

“I keep seeing her out of nostalgia and loyalty, I suppose,” sighs the 64-year-old grandmother of five. “But every time we catch up, she spends most of the time offloading onto me. Telling me all about every last health woe; how annoying her husband is since he retired; how rude and selfish her daughter-in-law is. Every single thing is a problem in her life.”

“She never asks a single question about how I am.”

“My brother loves to be the victim,” she says. “He calls me to tell me all about his health problems or everything wrong with his life. Everything is happening TO him, he has no control over anything that happens in his life, he’s just unlucky, is how he sees it.

“It’s got to the point that I dread taking his phone calls and have just been letting the calls go to voicemail. He has a wife and 3 adult kids. He should dump on them! But they probably don’t want to hear it either,” Rosemary laughs ruefully.

Maintaining a stiff upper lip? Suffering in silence? All those Victorian-era sentiments have now flown out the window, it appears, along with fax machines and glass milk bottles.

From Facebook to reality television, right down to our local coffee shops and lounge rooms, we seem to be in the midst of an over-sharing pandemic. A new national resilience report has confirmed that Australian’s emotional stamina for coping with difficult emotions and stress is at an all-time critical low. The study, which highlights the impact of recent major events such as the bushfires and Covid-19 on our national psyche, found that only nine per cent of Australians currently have a level of resilience considered to be “protective” against anxiety and depression.

Nowadays, we live in a culture of complaint where our definition of “trauma” has been watered right down to include everything from being stood up for a date; to getting held up by bad traffic. Most of us have at least one close friend, colleague or “woe is me” relative who constantly dumps their traumas and problems on us, draining our battery and leaving us feeling fed-up and exhausted.

Or perhaps you’re the guilty one who continually “drama dumps” and vents on your unwilling loved ones?

Whether you’re the “dumper” or the “dumpee”, this dangerous social habit can diminish our well-being and flood us with negative energy, leading to increased anxiety and depression, psychologists warn.

Why emotional dumpers are such a headache

“When people dump on us about issues or they are just being constantly critical and negative it can feel overwhelming and exhausting,” psychotherapist Eugenie Pepper, of Key Mindfulness, tells Starts at 60.

“These types of people have a victim mentality and are usually focused on themselves; they are able to find the negative in any situation, person or event where quite often others would not see it.”

“They can be narcissistic, self-centred and usually can never accept any other point of view, be wrong or admit fault. They simply cannot see that they might be part of the problem,” says Pepper.

Even worse, she says, they don’t forgive.

“They don’t want to find a solution; they prefer to stay stuck in the negative loop.”

Adds Melbourne consultant psychologist, Maria Ruberto, who works with neural resilience company Driven to build mental health supporting skills, if you’re the one always on the receiving end of a serial moaner, you will experience “empathetic erosion”.

“As a listener, you only have a finite resource to offer. You can only be empathic for a certain amount of time before you have nothing left to give,” Ruberto explains to Starts at 60. “It creates a negative energy in you too. There is a combustion stage where everything just falls apart because everybody is so exhausted. For the dumpee there’s no room for you in this relationship because the other person is taking up all the room and all the air.”

Tasmanian school teacher Nadia, 52, has a work colleague just like this, she tells Starts at 60:

“Every day, for a whole year, we had to listen about how her husband left her and how he was so awful and how she hated men. Now, she has a boyfriend and we have to listen to all the gory details. It’s always about her. It’s her world and we’re just here for her. It is exhausting! I wish I could just tell her that `silence is golden’.”

Why venting is terrible for your health (and your friendships)

If you’re the one always venting on others, here are some important things you might want to keep in mind, the next time you’re tempted to offload.

“When we vent, we are self-focused and we forget the other person,” says Ruberto.

“We become so caught up in our urgency of having to discard our big emotions that we are deaf to the needs of our friends. We end up destroying our connections with others, instead of nurturing them. Then we wonder why people don’t want to hang out with us, don’t want to talk with us, don’t want to come to dinner. It’s because they don’t feel connected to us. Instead of connecting with them, we’re pushing them away,” warns Ruberto.

The rising trend of “trauma dumping” – and its harmful effects on our mental health and well-being – was also singled out across the pond by the Daily Mail last week.

“Trauma dumping causes problems for everyone involved because highly charged speech and behaviour stimulates a part of our nervous system that floods our body with powerful hormones and chemicals to keep us hypervigilant and alert,” psychologist and Oxford University associate fellow Nelisha Wickremasing told the British newspaper.

“When this happens the receiver can experience ‘secondary trauma’ which is a kind of emotional contagion where negative feelings become infectious,” she explains.

On the other hand, says Wickremasing, friends who routinely vent “often feel guilty and ashamed because they sense they have shared too much”.

“They can also feel increased anxiety because the dumping ‘solution’ hasn’t taken away the pain, instead, it has supplied it with problem focused energy that keeps it ‘memory active’.

“Trauma dumping is like binge drinking, it might feel good in the moment but the aftereffects are lasting and painful.”

How to deal with the toxic ‘trauma dumper’ in your life

Most of us eventually cut ties with an emotional over-sharer sooner or later for our own sanity. But there are obviously times when that’s just not possible.

While it’s much more complicated to banish a spouse, mother-in-law, or toxic colleague from your life, there are ways to set boundaries and learn how to protect yourself from the more corrosive effects of the relationship.

Brace yourself though. The first reaction of most dumpers when called out about their toxic behaviour is to get angry and defensive, warns Ruberto.

“Tell a venter that they’re always venting and there will usually be a negative response,” she says.

“They will be offended; they will say you’re not a true friend; there will be lots of gaslighting. Because their defence mechanism for managing life and their emotions has been exposed and labelled as unacceptable.”

Rather than cut them off mid-flow, suggests Ruberto, signpost to them in advance that you only have limited time, say 15 minutes, before you have to get off the phone so your availability is limited.

Can emotional dumpers ever be redeemed?

“Absolutely,” says Ruberto. “But it requires courage and lots of feedback. You don’t just give them feedback once. You have to keep giving them feedback. And that takes up a lot of energy.”

Do you have an 'drama dumper' in your life?