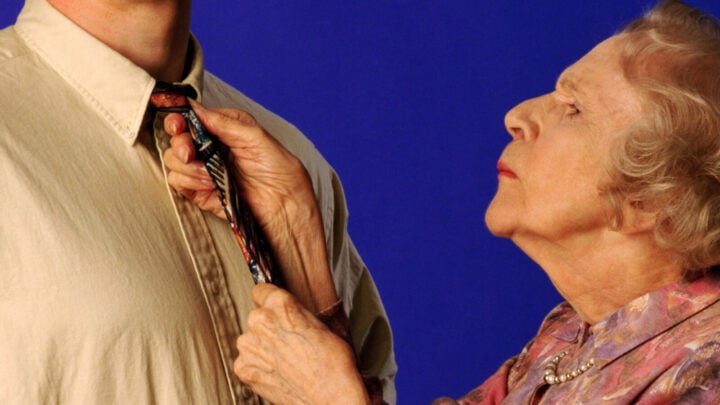 An overprotective mother has listed no less than 10 "scary" rules for dating her son. Source: Getty

When a son brings home their first girlfriend, many mums can find it difficult to cope with the idea of letting go of their little boy. And one poor woman in the UK has learnt just how overprotective a mother can be after stumbling upon her boyfriend’s mum’s “scary” list of rules for dating her son.

According to The Sun, the young woman came across her boyfriend’s mum making comments about her on Instagram, including sharing a list of rules that girls needed to follow in order to date her son.

TikTok user Emma (whose username is @hotgirlsareswifties) took to the video-sharing platform to share the list, and it’s safe to say the internet is horrified. The video shows Emma describing the “scary” rules, which the boyfriend’s mum said apply to anyone “dating my son”.

The mother ominously warned that if the girls didn’t comply, she “would make them go away”. The list also includes the scary statement, “I know how to avoid jail.”

The 10-point-long list of rules began by simply stating, “He is not your ATM,” before going on to detail exactly what the mum would not stand for. “He’s a mama’s boy. Unless you have a ring on your finger, your opinion does not matter,” reads another rule, while a second states, “If you show up at my house looking like a stripper, I will make you go away.”

The mum writes, “You are not in charge of him and it is not up to you to change him. He is a gentleman, I taught him that. You better act like a lady and deserve that.”

Finally, the mum ends with a threat, writing, “If you weasel your way past all of these rules and fake your way to a ring on your finger, I will be something much worse than your boyfriend’s mum. I’ll be your mother-in-law.”

The clip has since gone viral, with the internet in shock over the mother’s attitude to her son’s love life. But is it really that uncommon? Have you been guilty of being an overprotective mum?

How did you cope with your son's first girlfriend? Or, how did your partner's mum treat you?