Aussie men do more housework that most in the world 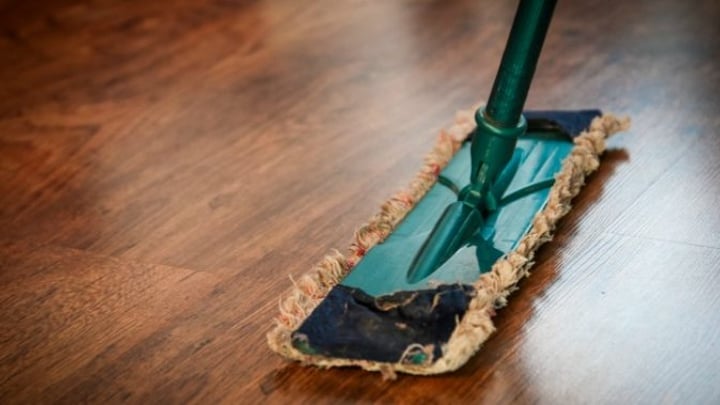 Australian men are pretty helpful when it comes to household chores, according to new research. Source: Pexels

This is news that’s bound to start some debates in households across Australia. According to a new study by The Organisation for Economic Co-operation and Development published in the Courier Mail, Australian men do more housework than the majority of men around the globe.

The study, published just in time for International Women’s Day tomorrow, suggests that Danish men are the only others in the world to beat Aussie men when it comes to cleaning. They spend roughly three hours a day cleaning the house, while Australian men spend an average of two hours and 52 minutes on chores.

This means Aussie men beat countries including the United Kingdom, France, New Zealand, Greece and Sweden when it comes to domestic duties. According to the report, Australian males spend 18 minutes more cleaning than men from Sweden and half an hour more than Kiwis and Brits. Men from Finland, Germany and the United States spend up to an hour less than Aussies.

The results became a hot topic of conversation on Wednesday’s episode of Today, with host Karl Stefanovic joking that most Aussie men do even more than the noted two hours and 52 minutes of housework a day.

Apparently, Aussie blokes are doing more housework than most men in the world! In news this morning, Australian men typically spend 2 hours and 52 minutes each day doing housework. Do the men actually do more housework than the women in your home? #9Today pic.twitter.com/5PQymq2eGu

It comes after a study published in the BMC Public Health journal earlier this year suggested that regular cleaning can actually be better for overall health, although it is usually the women who pick up the slack.

Researchers from the University of Bremen in Germany suggested that retired men as part of the study spent around 3.1 hours a day on household tasks, while women were working for an average of 4.7 hours a day. The findings suggested that women were more likely to stick to indoor tasks such as cooking, shopping and cleaning, while men were more inclined to spend time outdoors with gardening and other jobs.

Read more: Why your husband needs to do more housework

While older women were more likely to report illness, the study concluded that sharing the load equally between a couple should result in a positive health impact for both men and women. “Although time allocation to housework activities may be beneficial to the health among both genders, elderly women have higher odds of reporting poor health when more time is devoted total housework combined with either short or long sleep duration,” the study read.

Who does the most cleaning in your household? Are you surprised to see that Aussie men do more housework than other countries in the world?