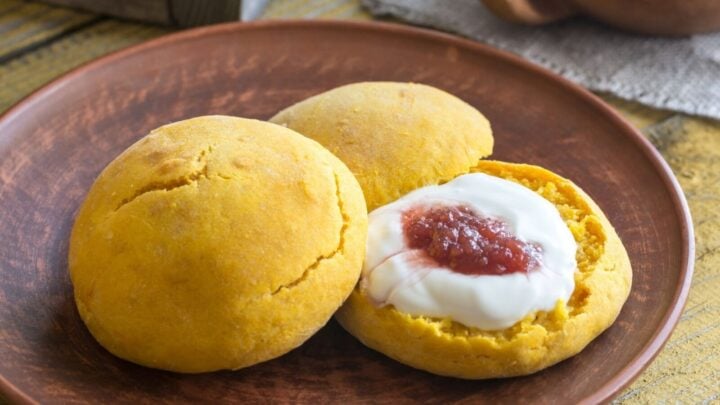 These mouthwatering scones are the perfect treat! Source: Getty.

Scones have long held the title as the ultimate morning or afternoon tea sweet treat, but we reckon this pumpkin flavour might be even better than the traditional plain versions. But if you’re not interested in spending too long slaving over a hot oven to whip them up from scratch, then give this cheat’s version a go!

Using lemonade is not only a much quicker and easier way of going about the classic scone recipe but it also doesn’t impact the flavour at all! Although they don’t rise as well as the original, the flavour and texture is so good, you won’t want to make the original version for a while after tasting these mouthwatering alternatives!