Beep, beep! The top 5 cars we drove (and loved) in our youth 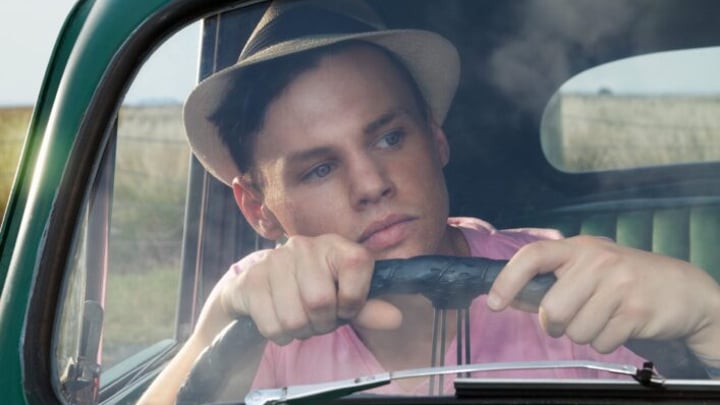 We never forget the cars of our youth. Source: Getty

More than just about any other object of nostalgia, cars are incredibly potent touchstones to our past selves.

If you don’t believe us, just close your eyes for a second and conjure up your first car. No doubt, many decades later, you can still recall the smell of the interior, the exact shade of the paint job, how much you paid for it, what songs you most listened to while driving – and most importantly, how you felt behind that wheel.

Australia’s heyday of car manufacturing is legendary. We produced some of the most iconic vehicles to hit the road since the first automobile rolled off the factory line in Germany in 1886 (for those playing at home, that car was Carl Benz’s three-wheeled Benz Patent Motor Car, model No. 1).

While it wasn’t until the 1900s that Australia started producing cars itself, once the industry kicked off Down Under, it paved the way for iconic brands such as Holden, Ford and Toyota to revolutionise the way Aussies travelled. Australia’s car revolution also generated a thriving sub-culture for rev-head enthusiasts which is still in top gear today.

The 1940s to 1960s was Australia’s most successful boom time for car manufacturing. Those two decades saw Holden and Ford dominate the local market. Meanwhile, Japanese car makers, such as Toyota, also found success and quickly became our most prominent exporter.

We take a look back at the golden era of cars in Australia and celebrate those special vehicles that put Baby Boomers behind the wheel and on the road to adventure – and that still exert such a national hold over our hearts.

While Holden produced many iconic cars – think the EH, the EJ, the Monaro, and the Commodore – it’s best-selling car in Australia is still the HQ Kingswood. Made between 1971 to 1974, the Kingswood HQ was the car for everyone: families and surfers piled into the trusty station wagon, while city slickers cruised the streets in the sleek sedan. To this day, it’s considered the most radical Holden ever, and Holden faithfuls herald it as the best-looking Lion to enter the market. The Kingswood is such a firm fixture on the national psyche, there was even a prime-time sitcom about it in the 80s. Who could forget Kingswood Country?

While Ford struggled to keep up with Holden’s success for years, that all changed when the carmaker introduced the Ford Falcon XR – aka the first Aussie V8 muscle car. The performance car changed the game and spawned a legion of die-hard fans, many of whom are still loyal to the model today. It also introduced the now-iconic Falcon GT badge.

Australia was Toyota’s most important market outside of Japan during the 1960s and ’70s. The Japanese car maker was one of the biggest manufacturers on Aussie soil at the time, and its popularity soared with the arrival of the RT40 Corona in 1965. Sold as an affordable mid-sizer with unique styling, but modest performance, the car changed the face of the Australian medium-car market and helped forge Toyota’s path to the top of the global car industry.

The Morris Minor drove its way into the hearts of Aussies thanks to its reliability and the fact it was easy to fix and easy to drive. At the time of its release in the UK in 1948, it was considered the finest small car in the world, and by the time it made its way to Australian shores it was well and truly beloved for its zippy manoeuvring and thoroughly English exterior. You’d be hard-pressed to find an Aussie Baby Boomer who didn’t cruise the streets in one of these at some point in their youth.

Possibly one of the most recognisable cars in the world (thanks to Herbie Goes Bananas), the Volkswagen Beetle evokes a sense of nostalgia for anyone who once rolled down the stiff windows and let the breeze blow through their hair while behind the wheel of this iconic ride. While its handling capabilities have been likened to a well-tuned wheelbarrow and its engine was somewhat lacklustre, its reliability and ability to keep on keeping on years after other cars called it a day made it a favourite for millions of drivers.

Did you ever own one of these cars? What was your first car?