Starts at 60 Daily Joke: A soldier was on his first assignment 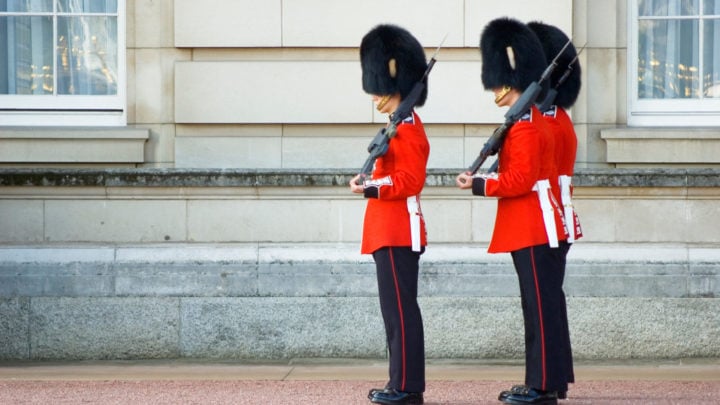 The nervous young soldier snapped to attention, made a perfect salute, and yelled out: "Sir, good evening, Sir!" Source: Getty.

A soldier was on his first assignment guarding the General’s house when the General stepped out of his house to take his dog for a walk.

The nervous young soldier snapped to attention, made a perfect salute, and yelled out: “Sir, good evening, Sir!”

It wasn’t a nice night, but the soldier wasn’t going to disagree with the General, so he saluted again and replied: “Sir, yes Sir!”.

The General continued: “You know there’s something about a stormy night that I find soothing, it’s really relaxing. Don’t you agree?”

The General pointed at the dog and said: “This is a Golden Retriever, the best type of dog to train.”

The soldier glanced at the dog, saluted yet again and said: “Sir, yes Sir!”

The General continued: “I got this dog for my wife.”