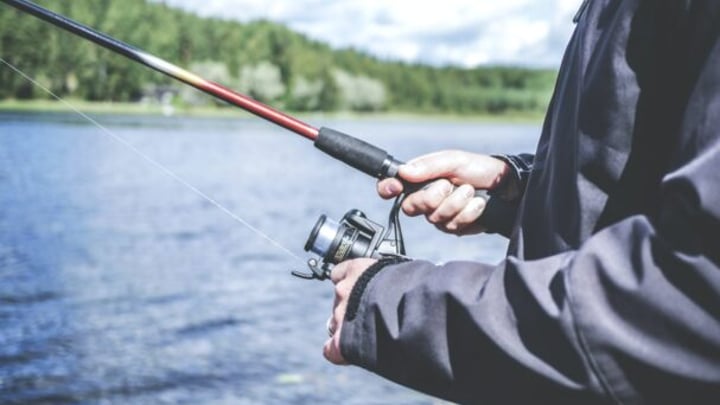 MacAndrews lifted the line from the water and handed it to his cousin. Source: Pexels.

MacAndrews was visiting his Irish cousin, O’Bannon. While there he decided to do a bit of fishing. As he sat there one afternoon, his cousin walked by.

“What are you doing?” asked O’Bannon.

“What are ye using for bait?”

MacAndrews lifted the line from the water and handed it to his cousin.

O’Bannon took out his flask of home-brewed liquour and dipped the worm in it. He handed it back to MacAndrews, who cast his line once more. As soon as the worm hit the water, his rod bent over double, the line screaming out.

“Have you got a bite?” asked O’Bannon.

“No!” shouted MacAndrews, fighting with the rod. “The worm’s got a salmon by the throat!”

Jack was explaining how his brother got sick

Jack: “My brother was sick and went to the doctor.”

John: “Is he feeling better now?”

Jack: “Well, the doctor gave him a prescription and told him no matter what happened, to follow that prescription. And the prescription blew out of the window.”

Jack: “He fell out of the window trying to follow the prescription.”

A sex therapist conducts an experiment

A noted sex therapist realises that people often lie about the frequency of their encounters, so he devises a test to tell for certain how often someone has sex.

To prove his theory, he fills up an auditorium with people and goes down the line, asking each person to smile. Using the size of the person’s smile, the therapist is able to guess accurately until he comes to the last man in line, who is grinning from ear to ear.

“Twice a day,” the therapist guesses, but is surprised when the man says no.

The man finally says yes when the doctor gets to “once a year.”

The therapist is angry that his theory isn’t working, and asks the man: “What are you so happy about?”

The man answers: “Tonight’s the night!”