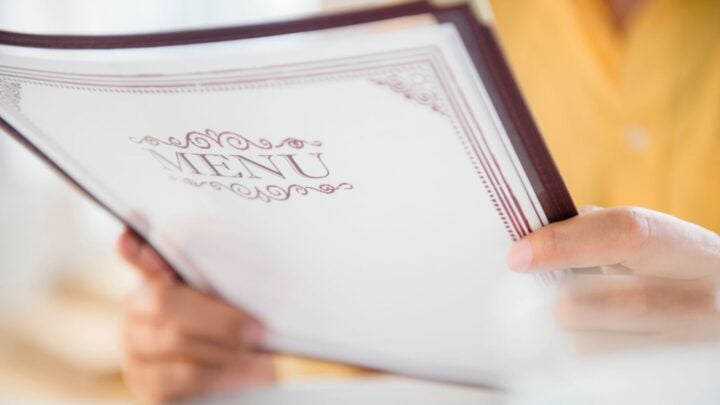 There is this guy who saves his money, travels to Spain and goes to Pamplona during the wonderful Running of the Bulls Festival.

After his first day there, he goes out late in the evening for dinner, like the locals do, and chooses a nice-looking restaurant in a busy street.

Unfamiliar with the language though, the man orders the ‘house special’ and is brought a plate with potatoes, vegetabls, and two large, round meaty objects.

“What are these?” he asks, pointing to the big round things.

“What are cojones?” the man asks.

“Cojones,” the waiter says, “are testicles. These are the testicles of the bull that lost at the arena this afternoon.”

At first the man is taken aback, but decides that seeing as he is in Spain, he should try the local delicacies. To his surprise, the meal is delicious!

The next night he comes back to the same restaurant and decides that seeing as he enjoyed the meal the previous night, he will try it again. He even orders using the right word.

“Cojones!” he says to the waiter.

The waiter nods and rushes off, returning with a plate with potatoes, vegetables and the two large, round meaty objects.”

The man eats the dish and loves it. So much so he decides to come back again the next night and order I again.

He rushes off and returns with a plate with potatoes and vegetables. However, this time instead of the meat being the usual two large round objects, there are two tiny little pieces about the size of a walnut.

The man looks astounded. “What’s this?” he asks the waiter.

“Oh no, no,” says the man. “I had cojones yesterday and the day before, and they were much bigger than these. Much bigger!”

“Senor,” the waiter explains, “the bull does not lose every time …”