Lockdown blues: Grandparents open up on pain of being unable to see grandkids 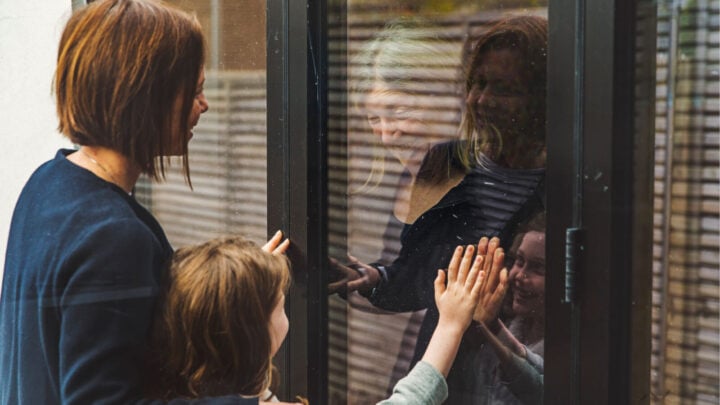 Around the world, people are still struggling to adapt to the ‘new normal’ as many countries remain in full or partial lockdown in a bid to stem the spread of Covid-19, including the Australian state of Victoria which is halfway through its six-week second lockdown.

But many people are starting to bemoan the fact they cannot see or spend time with their loved ones, in a bid to protect their own health and that of the wider community. This situation is particularly tough for older people, who are considered higher risk, who can no longer spend cherished time with their grandchildren.

One woman opened up on exactly that this week, as she took to online forum Gransnet to share her sadness and frustration at not having spent any quality time with her grandkids since March, when the UK – where she lives – first introduced Covid-19 guidelines and restrictions.

She explained that her daughter has limited their contact with her two-year-old daughter – who they previously cared for twice a week – out of fear for her father’s health, with the poster explaining that her husband has diabetes.

“Since mid March … we’ve had 4 or 5 visits at the end of our short driveway – distancing of course – and last week we sat in DDs garden. This was at my suggestion – DD doesn’t issue us any invitations!” she wrote.

“My issue is – REALLY missing GDs! Finding it hard to keep feelings inside. Would like to visit them at least weekly or for them to come to us, especially when weather [is] good and can sit outside. I feel as if DD is calling all the shots and although we wouldn’t call on them uninvited, unless we had to, would like more contact.”

The unnamed woman went on to admit that the situation was beginning to take a toll on her mental health and that “life feels a bit meaningless” without her grandchildren, as she asked for advice from fellow grandparents on how to broach the situation with her daughter.

She continued: “Can I suggest we see GDs once a week – I know that they are spending time with friends, cousins and other grandparent (widowed lady), which I must say I find slightly hurtful as we’re left out in the cold, it seems. Or are we just not useful any more, now that we can’t babysit?”

Many people responded to the woman’s plea, and shared their own feelings at being unable to see their own loved ones. The majority of people suggested that her daughter was simply doing the responsible thing by putting her father’s health first.

One user assured the original poster that her daughter was simply trying to do the right thing, and said: “Your daughter is probably anxious for you. My daughter is, a worrier and I have not seen her since March because she says she could not take the guilt if we caught Covid from her!”

While another shared her own story, revealing she has been unable to see her grandchildren since March also and that the situation is “breaking her heart”. However she went on to say that she understood it was their choice, and accepted that limited contact was better than nothing.

“I could have written your post,” one user wrote. “Sat here reading it fighting back the tears. I have loved spending everyday of the last 17 weeks with my husband, but its hurting so much not seeing my son daughter in law and 2-year-old grandson and 6-month-old granddaughter.

“The last time we were in their house was the week before lockdown and until Monday of last week when we saw our daughter in law and grandchildren for an hour through the window that has been it … its their choice and it breaks my heart but if thats all thats on offer at the moment it is better than nothing.”

Have you been unable to see your grandkids due to Covid-19?