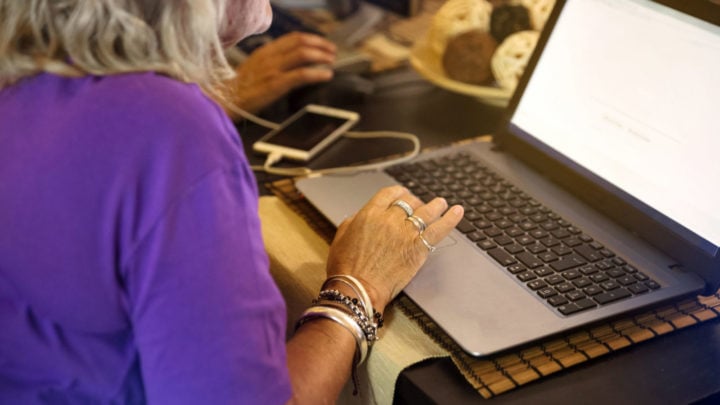 The judge ruled that the matter fell within the scope of the EU's General Data Protection Regulation. Source: Getty (stock image)

There’s perhaps nothing grandparents love more than showing off when it comes to their beloved grandchildren, whether that’s through bragging (quite rightly) about their many talents and achievements or sharing sweet images of them with friends and relatives. However one grandmother fell foul of the law recently, simply by posting images of her beloved grandkids on social media.

The unidentified woman, from the Netherlands, was ordered by a judge to delete all photographs of her grandchildren from Facebook and Pinterest, after the children’s parents complained that she had shared them without their permission.

According to the BBC, the woman and her daughter fell out over the issue after the grandmother allegedly refused several requests to remove the photos from her accounts. The matter was then taken to court, with a judge finding in favour of the parents and ordering the woman to take down the images.

The judge ruled that the matter fell within the scope of the EU’s General Data Protection Regulation (GDPR), which does not usually apply to personal or household processing of data. However the ruling stated that due to the photographs being shared on social media, they were therefore available to a wider audience.

“With Facebook, it cannot be ruled out that placed photos may be distributed and may end up in the hands of third parties,” the ruling said.

Now the grandmother must remove the photographs or be slapped with a fan of €50 (AU$83) for every day that she fails to comply, up to a maximum of €1,000. And if she posts further images of the children in future, she will be fined an additional €50 per day.

The European Union’s GDPR was introduced in 2018 and aims to strengthen data protection laws for all EU citizens and residents. It also regulates how companies such as Facebook and Google can use the data they collect from users.

It’s an ongoing debate between parents and grandparents who struggle to see eye-to-eye on the topic. And for some Baby Boomers, the question still remains; why can’t I post the adorable photo of my grandchild? Because, what grandparent doesn’t want to boast about how amazing their grandson or granddaughter is?

But the dangers are real. Earlier this year Facebook was forced to apologise after up to 6.8 million users potentially had their photos, (some of which were classified private), exposed to other third-party apps.

These included photos shared on Marketplace or Facebook Stories, as well as some that people uploaded but then chose not to actually post due to a loss of signal, or change of mind.