‘I feel like I’ve failed’: Gran’s fears as she’s cut off from grandkids 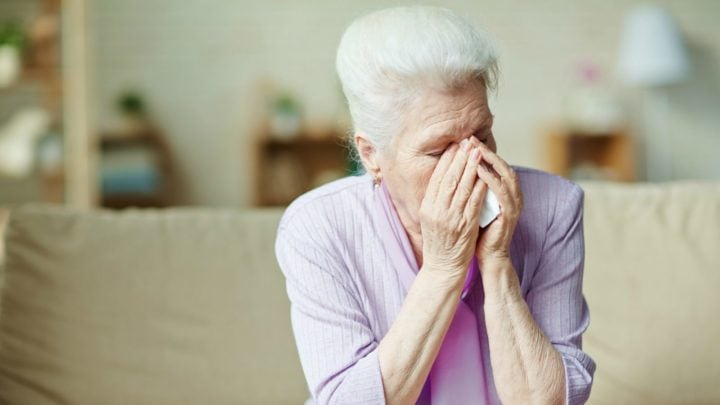 The thought of never being able to see your grandkids would be many grandparents’ worst nightmare, especially if you feel like you’ve been cut off from their lives for good.

Sadly, that nightmare is a reality for one heartbroken gran who claims her daughter has completely removed her from her grandchildren’s lives and denied any access.

Taking to popular online grandparenting forum Gransnet recently to share her story, the grandma explained how she hasn’t seen any of her grandkids in years and doubts she will ever be allowed to.

According to the gran, it all began when she told her daughter she could no longer take care of her granddaughter as she was suffering badly with her mental health and needed to take a step back from grandparenting duties.

“After trying my best over three years to look after my granddaughter whilst suffering from chronic depression and anxiety (which my daughter knew about), I suggested that my daughter find a nice playgroup so that she could learn to socialise, as it was evident she didn’t get on with other children,” she explained in the post.

“To be honest I was really too unwell to keep being a childminder and like many found it exhausting, although obviously got very close to my granddaughter and she to me. My daughter’s attitude was to ask me for the key back and to stop me seeing her!”

The gran said the heartbreaking decision has affected her terribly and she is struggling even more with her mental health as a result. To make things worse, she explained she hasn’t seen any of her children either for a prolonged period of time.

“There were other issues but I have to say I am horrified what a heartless uncaring person my own daughter has turned out to be,” the gran continued. “She has now caused so much trouble in the family that I don’t see any of my three children or four grandchildren.

“I am, of course, heartbroken and my depression persists but I do not have the emotional resources to deal with the harsh attitudes towards me that children have developed.”

Read more: Gran’s heartbreak at being kept away from grandkids

It has come so far that the gran claimed she feels like she has failed in her role as a parent and it’s left her questioning why she had children in the first place.

“I feel like I have failed as a parent, despite bringing up my children myself and not seeking work until the youngest had reached secondary school,” she admitted.

“Not sure what I did wrong but I now wonder why I ever had children at all.”

She added: “Grandparents have no rights to their grandchildren and despite many attempts at trying to see my granddaughter by offering ballet lessons and so on I had to stop having my feelings hurt and have for the last three years not seen my grandchildren at all!”

The grandma’s call for help was met with support from another gran who advised her to “take a step back” and wait for the daughter to come around to the idea of her seeing the grandkids again.

“Do not chase her,” they wrote. “This will likely make it worse. Give her time. If you must do something, consider sending one note, apologising for being out of line and indicating that your door is always open.”

While another offered support by adding: “There are so many grandparents here in a similar situation to you.”

Have you ever been cut off from your grandkids? Do you have any advice for this gran?