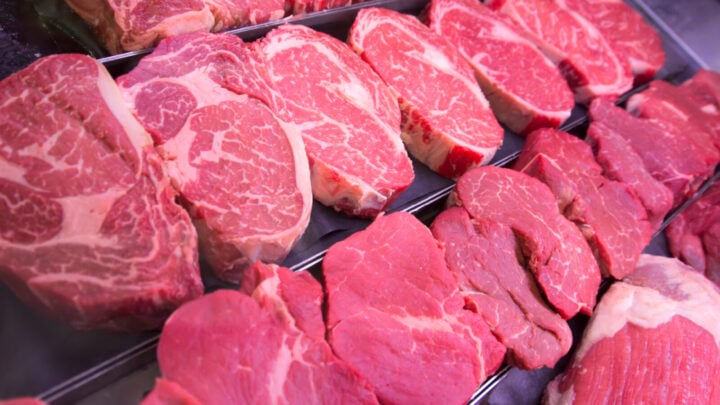 An increase in rainfall has had an unexpected effect on the livestock industry, with the price of meat set to soar due to a decrease in the number of slaughtered cattle.

For much of Australia the drought eased in 2020, however, experts are warning that the price of beef in particular is set to increase as a result, as farmers are taking advantage of favourable pastoral conditions and choosing to rebuild their herds rather than send them to slaughter.

Sunrise reported that in the last three months the number of cattle being sent to slaughter has plummeted more than 24 per cent from its peak in December 2019, and with less meat to go around, prices are set to rise.

Meat and Livestock Australia said in a report that improved seasonal conditions and above average rainfall were “expected to produce an abundance of pasture in all major cattle producing regions, with the exception of parts of WA”.

The report said veal would also take a hit, predicting a 7 per cent fall in calf slaughter this year indicating producers will be holding onto calves that otherwise would have been turned into veal.

While there may be shortages, Australian Meat Industry Council CEO Patrick Hutchinson told Sunrise that despite the shortages, supermarket shoppers shouldn’t be too worried, and warned against meat stockpiling.

Hutchinson said the increase should only be temporary, saying that a “soft export” market due to the pandemic could result in a 2.3 per cent increase in cattle numbers by the end of the financial year.

“What we’re seeing at the moment is a massive herd rebuild, but it’s occurring quite quickly,” he said.

“There’s absolutely no way the world’s most reliable red meat supply chain, being Australia, is in any danger at all of running out of any products. We are rebuilding for a fantastic future and are going to be the leader around the world in regard to red meat supply.”

A Woolworths spokesperson confirmed the scenario would be increasing wholesale price pressures, which would be felt by all supermarkets, but said they were committed to providing customers with “top quality fresh food at competitive prices”.

“We understand affordable protein is important to Australian families and we continue to work hard to manage whole-of-market pressures on red meat.”

Have you spotted an increase in meat prices? Tell us more.