Lest we forget? Aussies know more about royal family than veteran ancestors 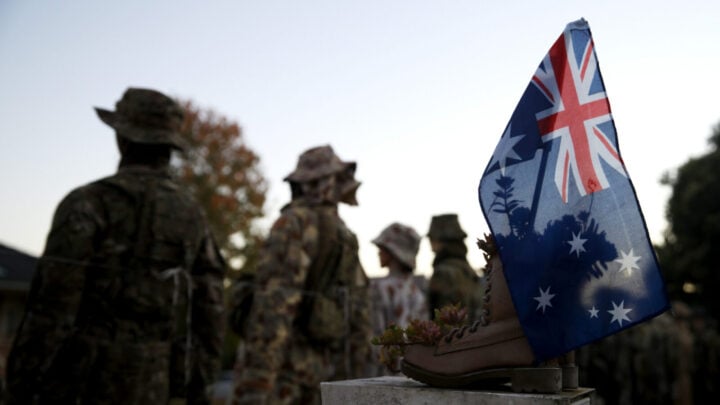 According to new data, the Anzac spirit is fading across Australia. Source: Getty

It seems despite the saying ‘lest we forget’, Aussies’ memories of their ancestors are fading rapidly, with almost half admitting they know more about the royal family than they do about their own ancestral history. With over half of us having an ancestor who served in World War I or World War II, the sad statistic shows that our serving ancestors may not be getting the commemoration they deserve.

As we approach the 106th anniversary of Gallipoli, genealogy website Ancestry released a new study bringing to light startling statistics around just how little we know about our own ancestors. The study by YouGov surveyed 1,083 Australians and found that despite 57 per cent having a family member who served in WWI or WWII, only 56 per cent can recall their ancestor’s name and even only 45 per cent know what their duties were.

While we may not know much about our ancestors who lived and died during the wars, it seems those with a wartime connection still understand the importance of commemorating Anzac Day. The survey found 80 per cent of Aussies with a family member who served in the military will honour them member on Anzac Day, including 32 per cent who will attend a service, and 8 per cent who will flip a coin in a game of two-up. Meanwhile, the pandemic has affected 37 per cent of survey respondents, who said they will not be attending events but will look for other meaningful ways to commemorate.

According to the findings, the pandemic sparked a desire amongst Australians to explore their roots. Of those surveyed, 50 per cent said Covid-19 had made them curious about what life was like during other historic challenging times like WWI and WWII, while 31 per cent had built closer relationships with family members, leading to a deeper curiosity to learn about the past.

Ancestry spokesperson Jason Reeve said learning about our ancestors’ hardships during the war helps the Anzac spirit live on through the next generation.

“All of our ancestors lived through times of military conflict – whether serving abroad or living at home, so whether it’s your great-great-grandmother who juggled six children on the homefront or your great uncle who was awarded a war medal for his bravery, there are stories waiting to be discovered in the branches of your family tree,” he said.

To help Australians discover more about their ancestors and wartime history, Ancestry.com.au has opened up more than 40 million military records on the site for free between 21 – 26 April 2021.

Do you know your family history? Have you passed your knowledge on to your own kids and grandkids?