Matt ‘Goliath’ Parkinson reveals what Chasers are really like backstage 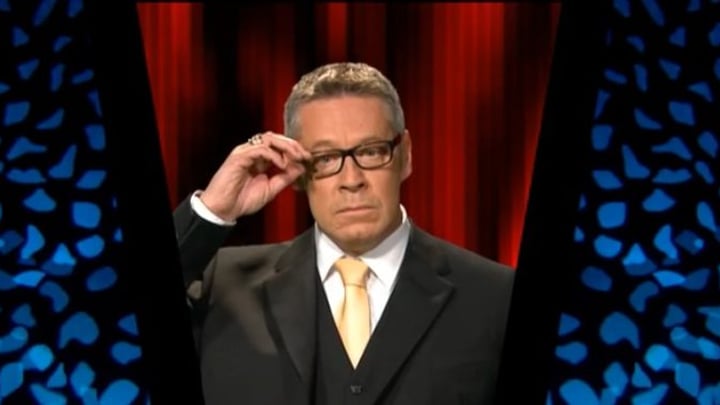 They’re the harsh, intimidating and terrifying geniuses that have made The Chase such a success in Australia and around the world – but the Chasers are very different when the cameras are turned off.

Now, Matt Parkinson – dubbed ‘Goliath’ on the Channel 7 show – has dished the dirt on his fellow stars, and revealed his secret tactics for success in a chat with Starts at 60.

Anne ‘The Governess’ Hegerty and Mark ‘The Beast’ Labbett have achieved worldwide fame thanks to their harsh characters on the UK show. Now, they’re starring here in Australia too, and have strong competition from Matt as well as Brydon ‘The Shark’ Coverdale, Issa ‘The Supernerd’ Schultz and Shaun ‘The Destroyer’ Wallace.

Speaking about his fellow Chasers, Matt said they do socialise off camera – whether it’s enjoying a drink together, or attending a sports match. He added: “I think we’re all a lot more fun off screen, part of the job of being a Chaser is to be as intimidating as possible. It’s also something that helps you win games.”

Matt revealed Anne Hegerty is “terrific fun”, despite being known as one of the harshest of them all on camera, and said: “She’s got a wicked sense of humour, while Mark is very serious about the game. He’s extremely competitive and will talk the hind legs off a dog about The Chase. But he’s also good fun, I’ve been out to the footy with him.”

Each of the Chasers is known to excel in certain areas – with some contestants managing to beat them, while others are absolutely annihilated thanks to the Chasers’ wealth of knowledge. But asked who he thinks it the best, Matt named Anne, explaining: “Anne’s the apex, she’s the best in my opinion. I really respect her game play, and her impressive knowledge. I like how she goes about playing the game.

“It’s one thing to have a head full of knowledge, but it’s another specific thing to be a Chaser. You have to project your character, interact with Andrew, the contestants, focus your mind, recover from a bad moment. For me, Anne is the gold standard in doing all that.”

Meanwhile, choosing who he’d like to go up against, Matt named Isaa as he’s “the most fun”, adding: “We’d have some pretty good laughs”.

Anne previously revealed to Starts at 60 that she keeps a game plan in mind before going on camera, often watching the contestants as they introduce themselves on camera before sussing them out and thinking of an opening line she believes will intimidate them.

And Matt follows similar tactics himself – choosing to watch each contestant carefully to help him relax and target their weaknesses when he’s in the hot seat.

“If you can convince the other person that you’re better than them before it begins then you’ve half won the game already,” he said. “I like to watch the contestants a bit before going on. You can’t do anything about it, but it helps you get over the surprise of what they’re going to be like. You can start to think about what your first line is going to be.

“The first line is critical because, in your first contact with them, you can remind them that you’re the Chaser, you’re here all the time, and they’re going to be going away at the end of the day – whether they win or lose. It’s about thinking of a line that’s friendly, but also a reminder that you’re a permanent fixture and they’re temporary.”

Matt also practices 4-7-8 breathing exercises – popular with many people to relieve stress and relax. It requires you to rest your tongue on the tissue behind your upper front teeth, before breathing in through your nose for four seconds, holding for seven seconds, and breathing out through your mouth for eight seconds.

In terms of learning new trivia, Matt practices every day – whether it’s out walking, buying food or relaxing at home in front of the TV – choosing to absorb bits rather than sitting down and studying endless books.

“When I’m sitting in the fish and chip shop watching video hits on the TV screen, I’m paying attention to what song title goes with what artist, because I know that I’ll need it one day,” he explained.

He added of the show itself: “It’s just like approaching a game of football or tennis or anything like that, it’s a competitive game except that most of what you’re competing with is the way your own mind works. You develop a technique for calming your mind and not shutting your emotions out, but making sure you control them to keep you in a positive frame of mind.

“That way, even when a question comes up that you have no idea about, you still maintain your confidence.”

Of course, they’re not always winners – and often a contestant can come out top. If that happens, Matt said it’s key to brush a loss aside, and remain confident – or it can spiral from then on.

“When you start being a Chaser, you entertain the possibility that you’re going to win all your games. You have this very unlikely notion that it might be possible to be a miracle person, and of course that’s hard to take when you realise you will lose,” he said.

Are you a fan of The Chase? Would you like to take on Matt or one of the other Chasers?