Susan Boyle delivers tear-jerking rendition of ‘Stand by Me’ 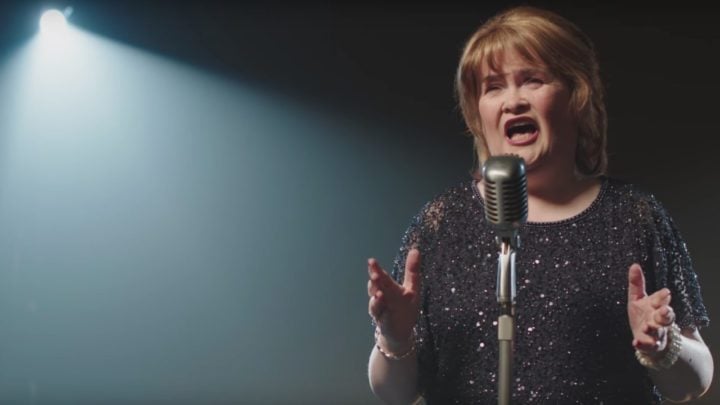 Susan Boyle has delighted fans with the release of 'Stand by Me'. Source: YouTube.com/SusanBoyle

She’s delivered some of the most powerful performances the entertainment world has ever seen and Britain’s Got Talent star Susan Boyle has done it again.

The 58-year-old is set to mark a decade since her original audition on the popular reality show by releasing a new album next week. In the meantime, she’s treated fans to a haunting rendition of ‘Stand by Me’.

It also featured on the soundtrack of the 1986 film of the same name but Susan’s performance could be the most emotional yet. Taking to social media, the ‘I Dreamed a Dream’ songstress shared a special music video of her new recording of the song.

Fans can’t get enough of the track and have shared their thoughts online.

It comes just weeks after the America’s Got Talent: The Champions star released a duet with singer Michael Ball. Following on from the success of Hugh Jackman’s The Greatest Showman, Susan and Michael put their spin on ‘A Million Dreams’.

The track featured vocals from a stunning choir, with the pair choosing to share some behind-the-scenes footage from the performance in the official music video.

Similar to ‘Stand by Me’, ‘A Million Dreams’ is already being covered by an array of other artists, including Pink and her daughter Willow.

Meanwhile, Susan’s new albums features recordings of the singer’s favourite songs from the past decade, as well as tracks the singer has never sang before.