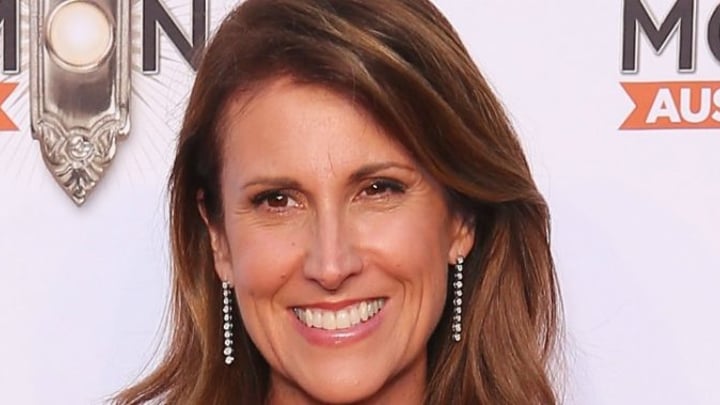 With Father’s Day coming up on September 2, thoughts are turning to the lovely dads we have, and the ones we’ve lost – and Sunrise presenter Natalie Barr has put so beautifully the heartbreak of losing a beloved father into words in an interview with the Daily Telegraph‘s Stella magazine this weekend.

Barr tells how bereft she was at the loss of her “best friend” and father Jim, who was just 61 when he died suddenly of a heart attack, having returned from a game of golf complaining of what he thought was heartburn. Although he passed away in their hometown of Bunbury in Western Australia in 2001, Barr says the loss is still raw.

“It was the worst day of my life, it was horrific,” Barr tearfully told the magazine. “We were so similar, Dad and I. He was one of my best friends, which I don’t think everyone can say about a parent, but he really was …

“We talked a lot, and I would never think of not running anything by my dad,” she added. “I was so proud of him. He left school at 14, [with] hardly any education and formed a highly successful real estate agency with a business partner in Bunbury, and lived a really great life because of that … He loved [a] good red wine, he and Mum travelled the world. They had a great life, it just ended so abruptly. He accomplished so much, coming from so little. I was just so bloody proud. By doing what he did, you just learnt you could do anything you wanted — nothing could ever hold you back.”

His success came from sheer hard work, the Channel 7 presenter recalled, with her mother as a homemaker and her father selling houses to make sure the family had food on the table.

“If he didn’t sell any, there wasn’t any money, so he worked all weekend if he had to,” she said of his work ethic, which rubbed of on her. “That’s what I grew up with; you get up and go to work, and I’m lucky because I love my job.”

Barr, 50, says that she’ll be remembering her father on Father’s Day as always, and says that those thoughts will no doubt bring on some tears, but adds that she feels that’s a healthy way to remember a much-missed loved one.

“Don’t be afraid of having a good cry and wallow a bit — there’s nothing wrong with that. I don’t want to stop crying, because I feel like then I’ll forget him.”

Will you be remembering a great father when Father’s Day comes round this year? Does the thought of them still bring tears to your eyes?