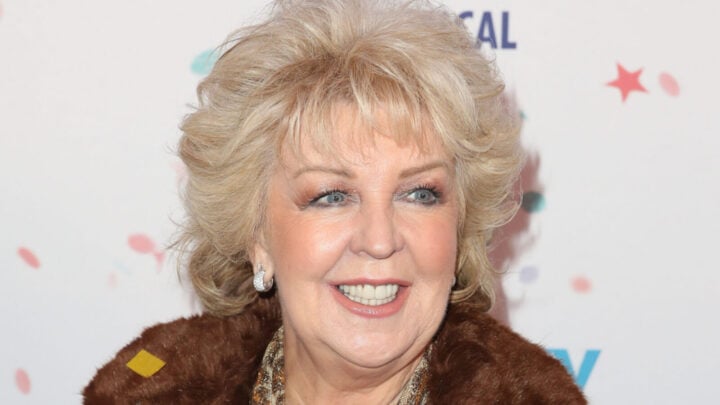 The All New Monty starts on Sunday, September 13, on Channel Seven. Source: Getty.

Patti Newton is among the celebrities set to strip down and bare all on Channel Seven’s new series The All New Monty: Guys and Gals, and now the showbiz icon has revealed the personal reason she agreed to take part.

Patti, who has been married to broadcasting legend Bert Newton since 1974, opened up about her sister-in-law’s death from breast cancer in the 1970s and credited “beautiful Alice” as her inspiration for saying yes to the program.

“Bert’s sister Alice was diagnosed with breast cancer the year we got married,” she said. “She passed away the next year. She was 52. It was so devastating for Bert.

“Alice was the sort of person that if she thought her tragedy was going to help somebody else, then she would be more than pleased. So, my performance is dedicated to the beautiful Alice Newton.”

Patti isn’t the only famous face taking part in the show and she will be joined by the likes of Samuel Johnson, who has raised millions of dollars in memory of his late sister Connie in recent years, as well as comedian Fiona O’Loughlin and Russell Crowe’s ex-wife Danielle Spencer.

The racy show starts this Sunday, September 13, featuring actor and comedian Shane Jacobson and silver screen darling Georgie Parker as hosts. As a spin off on the original The Full Monty, 15 Australian celebrities will take centre stage and reveal all in the name of raising awareness for cancer.

It comes just weeks after Patti and Bert welcomed their sixth grandchild into the world – a beautiful baby boy named Alby James, named in honour of his famous granddad.

Patti shared an adorable photo of baby Alby on Instagram last month, following his birth on August 20, and revealed she hasn’t yet been able to meet him due to Covid-19 restrictions on hospitals.

“Little Alby James we have all fallen in love with you,” she wrote. “Congratulations Matt and Lauren can’t wait to hold him xx”

Will you watch this show?