Noni Hazlehurst on being 60 and living simply 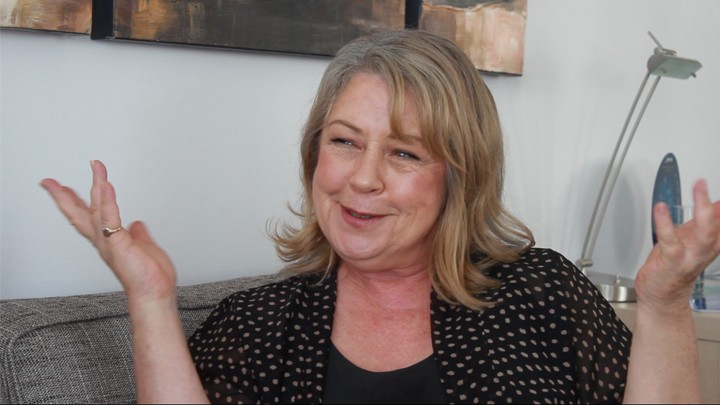 For more than 40 years, Noni Hazlehurst has graced our screens, from The Sullivans and The Shiralee to Play School and Better Homes & Gardens. She has also worked tirelessly on stage and radio and well as directing and writing plays.

Starts at 60 caught up with Noni when she was in town for the launch of series three of the much-loved series A Place To Call Home.

We asked her what she believes is the best thing about being 62.

“One of the few benefits of getting older is that you care less and less about what people think, that’s been something of a revelation to me. I wish someone had told me when I was 25 that I actually had the right to have thoughts and opinions and express them,” she said.

“I know a lot more than I ever did. The great thing about it is that I’m not frightened any more of saying stuff. I do despair that anyone who dares put their head above the parapet gets shot down so virulently. I think we need to be able to share our options without being labelled 100 per cent wrong.”

“I’m also a better judge of character than I was. I’ve always been cynical, but I’m happy to be cynical now.”

Noni enjoys being able to mentor younger women, teaching them to use their voices in a way that doesn’t devalue them, and to understand their own power.

She tells them: “Be yourself, don’t be afraid. If your boss tells you you have to turn up to work in a skirt, tell him to drop off!”

That said, there are plenty of things Noni doesn’t like about being over 60.

“I don’t like walking down the streets and seeing a tubby old woman in the window and then thinking, ‘Oh shit! that’s me!’ I don’t like that’s it’s so hard to buy clothes for women our age, or that we are dismissed – but that’s not just older women, that’s just women in general.

“I also don’t like that so many old blokes are so old fashioned. There are a lot of good men, but there are also a lot of men who are still boys and, unfortunately, a lot of them are still in charge – especially in television.”

Despite this, Noni continues to work and thrive doing so.

“Why would I retire? I get paid to do what I love and if the acting work dried up I’d direct again or do radio again, or I’d teach. I love people, I love communicating. I think there’s so much we all have to contribute if we have the confidence to say this is my experience and I want to share it.”

As well as starring in A Place To Call Home, Noni starts in a one-woman play, which is about “judgemen and the plight of people who fall through cracks”. Mother was written specially for the lifetime actor and tours Queensland and New South Wales next year. Noni also appears in a new film called Truth with Cate Blanchette and  Robert Redford, which is released next month.

While she keeps busy, Noni maintains that she is a still an “old hippy” and that she sees more people embracing the simpler life.

“I think a lot of people are thinking they want a simpler life and that they don’t want the big home, that they are happy with less. This is part of the cultural shift that needs to happen, we need to stop saying ‘but more stuff” and to redefine what it is that makes for quality of life.

“I think it’s very important we say, I don’t want all this choice all the time. Why am I entitled to live this way when 60 million people are displaced around the world?”

Looking back on her career, Noni still maintains that Play School was the most important role she ever played.

“My father was the kind of man who, if you brought home a grade of 98, asked where the other two per cent went. I was always striving for perfection, and you feel so inadequate if you live that way. That’s why Play School was such a revelation, they really wanted you to model problem solving, that you could think something through.”

Noni has two sons, both musicians, and knowing they are all right is her greatest joy (although she secretly can’t wait to be a grandma!).

Series 3 of A Place To Call Home airs on Foxtel from this Sunday, in our first interview with Noni, she describes why she just loves playing iron-willed Elizabeth Bligh.

Do you share Noni’s views on being an over 60? Share your messages with Noni here and we’ll make sure she gets them!