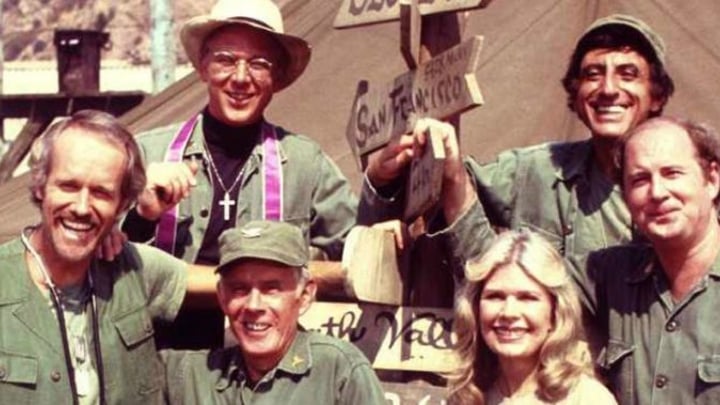 Did you watch the 1970’s hit TV series MASH? Sad new this first day of 2017 as William Christopher, who played the unassuming US Army chaplain Father Mulcahy in the long-running show has died at the age of 84. Christopher died at his home in Pasadena, California with his wife of nearly 60 years, Barbara Christopher, by his side. Christopher was diagnosed with cancer about 18 months ago, according to his longtime New York-based agent, Robert Malcolm.

Christopher played the signature role of Father Francis Mulcahy, who struggled to bring spiritual comfort to an anarchic surgical unit during the Korean War, after another actor played the part on the show’s pilot episode.

Soon after, he went on to portray the soft-spoken priest assigned to the fictional 4077th Mobile Army Surgical Hospital for the duration of the series, which ran from 1972 to 1983.

Christopher was among the only cast members to remain on the show for all 11 seasons together with Alan Alda as Captain “Hawkeye” Pierce, Loretta Swit as Major Margaret “Hotlips” Houlihan and Jamie Farr as cross-dressing Corporal Maxwell Klinger.

Its 1983 finale drew 106 million viewers, making it the most-watched US TV show to date, reports ABC.

Christopher’s portrayal of Father Mulcahy — a character that originated in the 1970 film which inspired TV’s MASH — was initially that of a supporting player, but his role grew as the series went on.

Did you watch M*A*S*H? Who was your favourite character?