Girl, 14, leaves crowd speechless with A Star Is Born cover 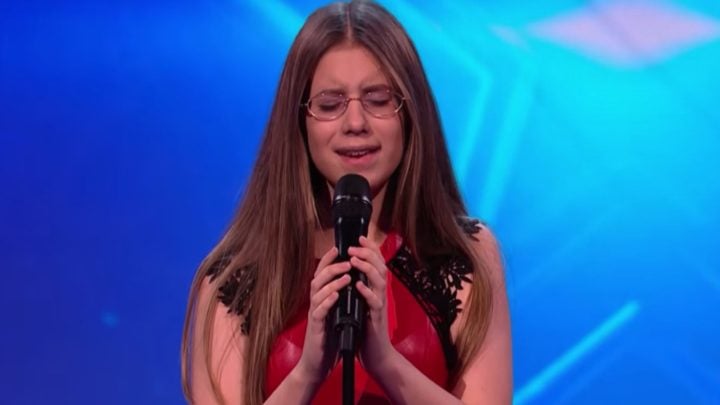 When it comes to TV talent shows, they can often feel a little repetitive as contestants battle it out in a bid to become the next big star. But one such hopeful in Ireland left viewers speechless with an unexpected performance on Saturday night’s episode of Ireland’s Got Talent.

Iveta Tumasonyte, 14, blew the judges away with a powerful rendition of ‘I’ll Never Love Again’ from the Oscar nominated film A Star Is Born, that knocked the socks off the judges and even earned a standing ovation from the audience.

The moving song, originally performed by Lady Gaga, is no easy feat, but Iveta made it look so simple.

Following the performance, judges Louis Walsh, Jason Byrne, Michelle Visage and Denise Van Outen, gave the teenager a standing ovation while the crowd went wild. American singer Michelle then got out of her chair and hit the golden buzzer, causing Iveta to break down in tears of joy as the crowd erupted into applause again.

Viewers at home were also moved by the performance and many took to social media to applaud Iveta for her powerful performance, with one writing: “Well done Iveta, you were amazing!!”

Another added: “I heard bits of Celine and Streisand in there. Great range. It’s been a long time since we’ve heard someone like this. She’s unique. I reckon she’ll be massive.”

And a third wrote: “Wow, [I] haven’t seen such a touching performance in my life, Ireland and of course Lithuania should be so proud of this talent.”

It’s not the first time a talent show audition has made headlines. Last month, people across the world were left in tears after a female choir took to the stage and delivered a moving performance on Ireland’s Got Talent.

Formed by a group of women aged between 34 to 70, the choir — named Sea Of Change — is compromised of women whose lives have been touched by cancer. Some of the choir’s members have battled cancer, while others have lost people to the heartbreaking disease.

And the group’s audition went viral thanks to their stunning rendition of ‘This Is Me’ from The Greatest Showman. The choir filled almost every inch of the stage, with its 44 members standing proud in their best threads. As the performance came to an end, some of the ladies whipped off their tops and bared all, earning their spot in the next round after receiving the golden buzzer from English actress Denise.

Were you impressed by Iveta’s performance? Are you a fan of talent shows?