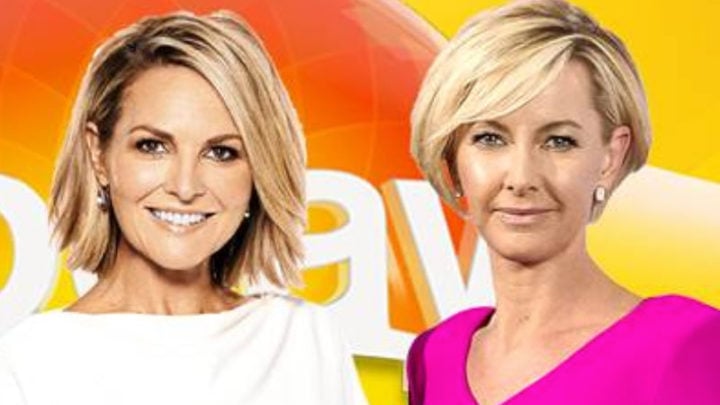 Would you attend your office Christmas party if you had just been given the boot from your job? No? Well it seems that was the stance taken by Channel Nine stars Georgie Gardner and Deborah Knight too as the pair were notably absent from the Today show’s Christmas party over the weekend.

Stars of the popular morning TV show gathered together in Sydney on Saturday, according to multiple reports, including familiar faces such as showbiz presenter Brooke Boney and newsreader Tom Steinfort, alongside a host of other Nine staffers. However Gardner and Knight were nowhere to be seen, with Nine telling the Daily Mail that the party was a “private event”, before refusing to confirm whether the duo attended.

Their no-show at the party comes just weeks after it was announced that the pair, who were the show’s first-ever all female presenting duo, would be replaced in the New Year, with former host Karl Stefanovic set to return to the helm alongside 60 Minutes’ Allison Langdon.

Last month it was confirmed that Georgie had made the decision to leave the show with immediate effect following Nine’s public announcement, while Deborah is set to continue in her role until the end of the year. At the time, Nine’s news boss Darren Wick said in a statement to Starts at 60: “We respect and value the enormous effort made by the team particularly Georgie and Deb throughout the year. Today we are announcing the new hosts, Allison Langdon and Karl Stefanovic.  The whole the team will remain with Nine and the full line up of the Today Show in 2020 will be announced in due course.”

Meanwhile, Stefanovic said in a seperate statement: “Going back to the Today Show is not something that I thought would come up again. I thought my time was up but then when I was sounded out about it, it got me thinking. It’s a big job with enormous pressures and I know only too well some of those pitfalls, but it is also without question the best live job in Australia.”

Following the news of Georgie and Deb’s departure, another Today star left the show as sports reporter Tony Jones announced that he was taking a step back from his hectic work schedule on the same day that Gardner was farewelled.

“It’s certainly been a wild ride over the past year, but I’ve thoroughly enjoyed my time working on the Today show,” he told the Herald Sun. “However, I came to the conclusion several months ago that juggling those commitments, together with Nine News, Sunday Footy Show and 3AW, was not sustainable. Something had to give.”

After a fabulous 8 years with Channel 9, it's time to say goodbye to Sonia. Thank you for all the amazing memories over the years, we'll miss you! ❤️ #9Today pic.twitter.com/A9cge9f00V

Later in the same week, Today Extra’s Sonia Kruger revealed she had also made the decision to say goodbye to the network, having since confirmed that she is returning to Channel Seven. She announced the news live on air, telling viewers: “After eight fabulous years I’m leaving the show and the Nine Network. I have had an amazing time here. I’ve been very privileged to work on some top shelf programs and, of course, with you David.

“But it’s time for me to go and do something new … Tomorrow is going to be my last day on the show and as a thank you to you at home for having me in your living room every day, we are putting together something special to celebrate. There’ll be laughs, there better be tears. If there are no tears I will be very upset.”

Do you watch the Today show? Were you a fan of Georgie and Deb?