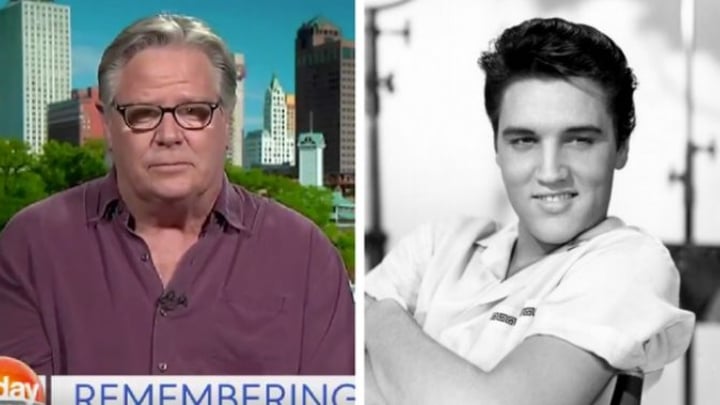 Elvis Presley’s stepbrother has recalled his final memories of the singer in an emotional TV interview, revealing the chilling warning the star gave him just two days before he died.

While David Stanley admitted he would never know for sure whether the late musical legend took his own life, he believes Elvis knew he was dying at the time – and even said a subtle goodbye to his sibling the last time they saw each other.

Appearing alongside another sibling on Channel Nine’s Today show, David recalled: “The last time I saw Elvis alive was two days before he passed away. I walked into his room and he was reading his Bible. He said ‘David, let me ask you a question, who am I’? I laughed at him and said ‘well you’re the king’, and he said ‘no there’s only one king’ as he held up his Bible.

“I said ‘I’m going out of town I’ll be back for the tour’ and he said ‘I just want you to know that I love you David, I won’t ever see you again – the next time I see you will be in a higher place in a different plane’.”

Confused by the statement, David said he looked at the books Elvis was reading at the time and assumed he meant it spiritually, not literally. However, he added: “Unfortunately two days later I was in his bathroom and discovered his lifeless body.

Elvis Presley's stepbrothers open up about the life and tragic death of The King of Rock and Roll. #9Today pic.twitter.com/ctN5ZZMnTw

“Now some say, and this is nothing new, ‘I believe Elvis took himself out’. Now I believe Elvis knew he was on his way out, but whether he got up that day and did that to himself I don’t know, but I do know that it was a self-induced drug overdose that took him, unfortunately that’s the last time I saw him.”

David added that the biggest tragedy of the King of Rock and Roll’s life was that he was “riddled with prescription medication” at the end of his life. He said the singer was overweight, unhappy, depressed and cancelling shows at the time.

It’s not the first time rumours surrounding the singer’s death in 1977 – which was officially caused by a heart attack – have done the rounds. Just a few months ago, the star’s wife Priscilla also implied he killed himself on purpose.

The Mirror reported at the time that Priscilla believed Elvis “knew what he was doing” and that he knew drug-use would one day kill him, as she spoke in the HBO documentary Elvis Presley: The Searcher.

The 72-year-old also denied claims she and Elvis’ loved ones did nothing to help him.

“He knew what he was doing and people go, ‘Why didn’t anyone do anything?’ Well that’s not true,” The Mirror reported her saying in the documentary.

“People there in the inner group did – but you did not tell Elvis what to do. You’d have been out of there faster than a scratched cat. They would try and – no way.”

Family members claim that Elvis intended to take his own life by overdosing on a large number of prescription painkillers. There are even claims that Elvis left a suicide note.

Many people have questioned if it’s time to let the singer rest in peace, instead of speculating over how he died, and David agreed as he concluded: “It’s not how he died, it’s how he lived and why we loved him that’s important.”