Calling all book worms! The popular books you used to know and love as a child 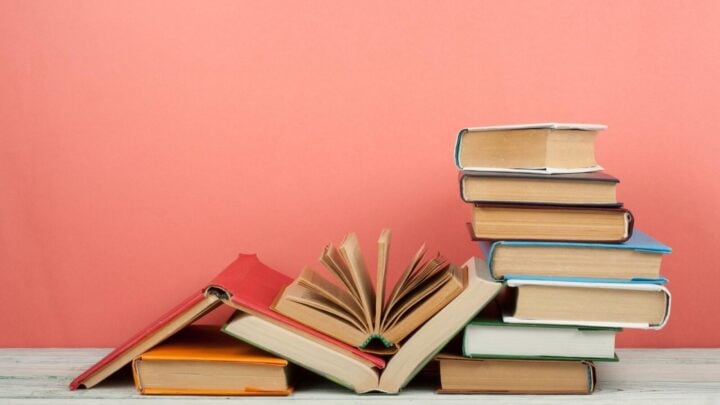 Here are some of the most popular books from the past! Source: Getty.

As a kid, there’s nothing more magical than putting your imagination to work and stepping into the world of a book. And whether you’re searching for treasure or navigating everyday life, your favourite books when you were a child will always hold a special place in your heart.

So take a stroll down memory lane with us as we look over some of the most popular books of the past – and see if you can spot your top pick!

You’d be hard pressed to find a book lover who hasn’t read at least one book in the long-running Anne of Green Gables series by L.M Montgomery. The classic story follows fiery red-headed orphan Anne Shirley on her adventures as she wins the heart of everyone she meets.

The story, which was first published in 1908, has become a classic children’s novel and is one of those rarities that can be enjoyed by every generation no matter what the decade!

The Famous Five by Enid Blyton

There were few things more exciting as a kid than following Julian, Dick, Anne, George and Timmy the dog on their rambunctious adventures. Whether the crew were looking for treasure, solving a case or finding the bad guy, there was never a dull moment.

Few authors ever reach the level of cult status that British writer Enid Blyton did in her time. And with about 800 books out in the market, Blyton definitely earned her spot in literature’s unofficial Hall of Fame.

These action-packed novels followed the adventures of pilot James Bigglesworth as he spanned the lifetime of both world wars. Biggles joined the Royal Flying Corps in 1917 and spent his time representing the quintessential British “hero”.

Amid his daily adventures, Biggles was also sent on secret missions by his shadowy Colonel figure while usually accompanied by his cousin Algy and his mechanic Flight Sergeant Smyth.

The adventures of Milly-Molly-Mandy, or Millicent Margaret Amanda as she was officially known, made for the perfect children’s book. Fans will remember her living in a nice white cottage with a thatched roof on the edge of her small village.

With her dog by her side and often with her friends Billy Blunt and Little-Friend-Susan, she would take the reader on her daily adventures, which ranged from going to school to running errands, making presents and attending parties.

Little Women by Louisa May Alcott

This beautiful book is another classic that many people would’ve read regularly from childhood all the way through to adulthood. Thanks to the beloved March sisters – made up of Jo, Meg, Beth and Amy – this book has stayed so relevant due to how easy it is to fall into step with the down-to-earth characters.

And with remake after remake hitting TV and movie screens every few years – nothing beats the heartiness of the original!

What was your favourite book growing up? Did you read it to your kids or grandkids?