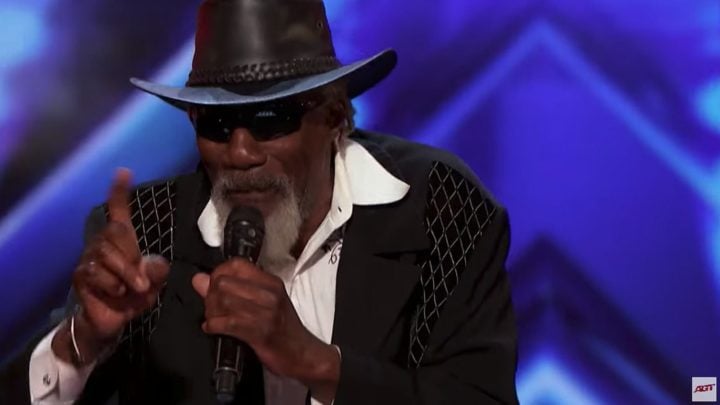 A 65-year-old Vietnam war veteran, who started going blind about four years ago due to glaucoma, has surprised judges with an incredible performance on America’s Got Talent.

Prior to his audition, Robert Finley from Winnsboro, Louisiana, told viewers at home that despite being almost “totally blind”, he’s finally living his “childhood dream”.

“Four years ago I realised I was gradually losing my sight. Now I’m almost totally blind,” he revealed. “But a bad thing sometimes brings out the best thing. I began to play music again. It made me reach inside and find myself.

Now Robert’s audition has gone viral thanks to his lively rendition of his original song ‘Get It While You Can’ that knocked the socks off the judges and even earned cheers from the audience.

All four judges gave Robert a standing ovation, with American dancer Julianne Hough saying: “You might not be able to see us, but I hope you can feel us.”

Meanwhile, Canadian comedian Howie Mandel added: “We can tell there’s so much passion and this is a dream. With your talent, you deserve it.”

Many viewers were quick to comment on the uplifting performance, with one writing: “I loved his energy, his story, and wow what a wonderful voice.”

Another added: “The second he started singing I felt my face light up and smile.”

Others compared him to Welsh singing legend Tom Jones, with one writing: “Without seeing him, I would have guessed I listened to Tom Jones. Loved his performance and his attitude.”

It’s not the first time a talent show audition has made headlines. Last month, an 11-year-old wowed crowds with an incredible rendition of Kelly Clarkson’s ‘Stronger (What Doesn’t Kill You)’ on the violin on American’s Got Talent.

With his violin in hand, Tyler Butler-Figueroa explained to judges Simon Cowell, Julianne Hough, Gabrielle Union and Howie Mandel that he started playing when he was seven after he was bullied at school. Shockingly, Tyler revealed he had cancer and that the disease almost killed him. He also explained this was the reason the other kids made fun of him.

He’d originally been diagnosed with leukaemia when he was four, which his mother described as the worst day of her life. He underwent chemotherapy and the other children at school would tease him because he lost his hair during the treatment.

The crowd clapped along as Tyler enthusiastically played his instrument. Simon’s jaw dropped in disbelief and all four judges gave the young contestant a standing ovation.