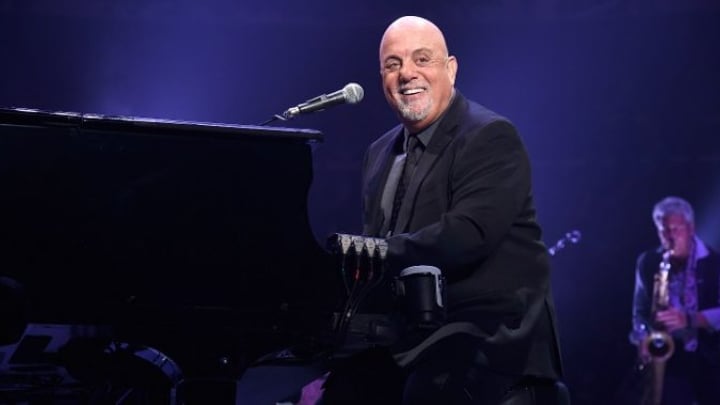 When you’re in your 60s there’s a lot to look forward to.

Retirement plans and spending time with the grandkids are normally at the top of the to-do list. No to0 many of us are planning on having more kids. Unless you are Billy Joel.

At the age of 68 Billy Joel has announced he’s going to be a dad again, and soon, with the next bub due next month.

This will be baby number three from wife number four. It will be the couple’s second child together after Della Rose was born in 2015, a month after their wedding.

Talking to The Belfast Telegraph Joel says toddler Della Rose is pretty good with her sleeping habits.  “She sleeps through the night. I hope the next one will,” Billy Joel said.

Joel admits most of his leisure time these days is spent hanging out with Della Rose. “She’s a funny kid. She loves to laugh. I like to make her laugh.”

While Joel can easily afford any luxuries in life, thanks to selling over 150 million albums and 33 hit songs, it wasn’t always the way. He once told eldest daughter Alexa that they weren’t poor while he was growing up, they just didn’t have any money. “Poor is when you are in debt and starving. We were just threadbare.”

While growing up his father left when Joel was eight years old, but he says he was glad when his parents got divorced, saying they both put each other through s***. “My sister and I were kind of relieved because there wasn’t going to be any more fighting.”

He also addressed the topic of depression. “Everybody is prone to depression. If it is bad enough, you get depressed, but I don’t live a depressed life.”

Joel is still keeping busy on the touring front, with shows scheduled through to next year. Shows being held in Madison Square Garden in next three months are already sold out.