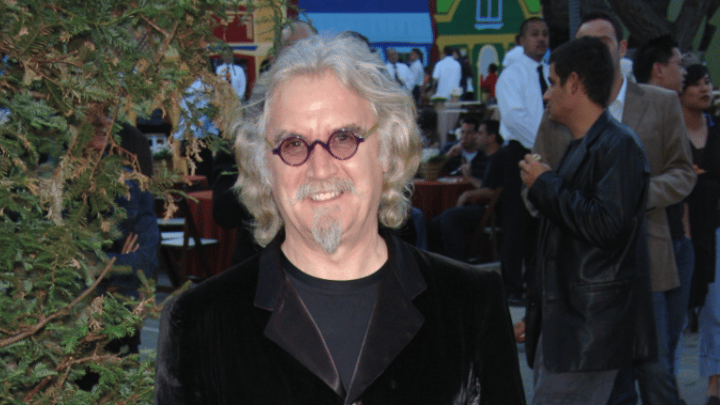 Billy Connolly is known as being a hilarious comedian with a weird beard.

But this video featuring the 74-year-old is no laughing matter.

Instead here he is making a heartfelt plea for cash.

Not for himself, but for Comic Relief, to help those who are faced with loss and loneliness.

Billy talks about his own battles with health, before introducing sufferers of dementia, and their families, to tell their stories.

“Ive got cancer and Parkinsons and I definitely need a haircut,” Billy said, before saying the money would help those who need it more.

Billy was diagnosed with both prostate cancer and Parkinsons on the same day in 2013.

He has since had surgery for his prostate cancer.

While he is best known as a stand-up comedian, Billy has also featured in a number of movies; Lemony Snicket’s A Series of Unfortunate Events, Brave and The Hobbit: The Battle of the Five Armies.

He also featured in a television show Billy Connolly’s World Tour of Australia, filmed over four  months in 1995.

In the video above Billy reminds fans of the time he stripped naked for the charity, but this video instead is a stripped down look at how dementia affects both those who have it and the people they love.

“I really hope you’ll find it in your hearts to give a quid or two to people like Bob,” Billy said.

“It will be simple and marvellous and you will be so proud of yourself.”

What do you remember Billy Connolly for the most?