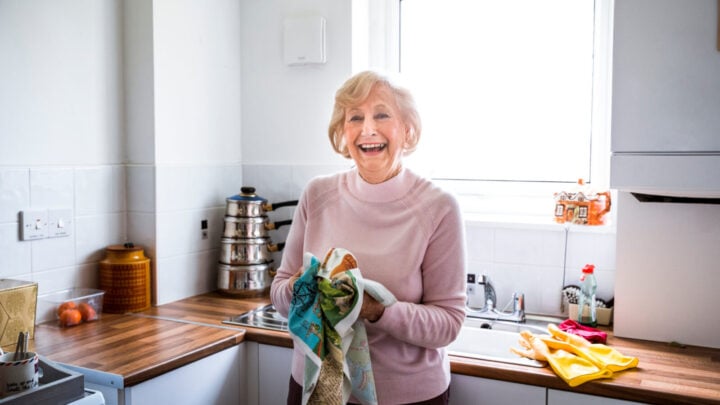 The mental recovery from a fall can be as important as the physical recovery when it comes to returning to the everyday activities we all take for granted.

Almost one in three older Australians experienced a fall in the past 12 months. It’s a staggeringly high proportion, really, when you think about it, particularly given that the statisticians aren’t talking only about the very elderly – ‘older Australians’ refers to anyone aged 65 or above!

Of course, anyone can fall, but older people are more likely to do so simply because they’re more likely to suffer one or more of several age-related conditions that impact awareness, vision and mobility.

For example, low blood pressure and other conditions that may cause light-headedness are one cause of falls, as are those that impair mobility, such as stroke, Parkinson’s disease and arthritis. Diabetes can cause fainting and impact eyesight, which make falls more likely, whilst Alzheimer’s disease and dementia slow reactions and can distort spatial awareness. Even incontinence, which has you rushing to the loo in the middle of the night, can increase the risk of a fall. As can plain, old weaker eyesight and wasted muscles.

The commonplace nature of falls amongst older people is even more mind-boggling when you consider that falls are the leading cause of unintentional injury to over-65s.

Not that I’m suggesting that we all start crossing roads against the green man, begin wielding sharp objects with abandon or stop doing any of the other things we do to avoid injury, just that it’s strange to consider that we put quite a lot of thought into not being injured, when there’s this everyday event that can be so injurious, yet we give little thought to.

It’s something we should give some more thought to, though, as anyone who has had a parent or older loved one suffer a fall will know.

A fall doesn’t have to be particularly serious to have a surprisingly big impact on how an older person lives out the rest of their years. Even if the person escapes without a fractured hip, a fall may still induce significant long-term consequences. It’s important that a person stays active, engaged, enjoying life and doesn’t withdraw from former activities, thus suffering further poor health and a lower quality of life. Without proper management and, preferably, prevention of falls, it’s also possible a person may pass away earlier than they otherwise might have.

Basically, when a person suffers a fall, even a non-serious one, they can develop what’s known as ‘post-fall syndrome’ – in effect, a fear of falling again.

Post-fall syndrome damages confidence in performing the daily activities they took for granted before their fall, so they become confined to their own home – as research in the Australian Journal of Advanced Nursing noted, some people with post-fall syndrome even begin avoiding walking to their own letterbox!

Developing abnormalities in movement isn’t unusual either; some common symptoms of post-fall syndrome are a slower gait, shuffling or developing a habit of lurching from one support, such as a piece of furniture, to another.

Confining one’s self indoors causes strength and fitness to decline and, sometimes, combined with changes to the way the person moves as I described above, leads in turn to further falls, as well as potentially causing other damaging mental and physical impacts, ranging from a failure to fully recover from the original fall to social isolation and depression.

And so it goes on, with the risk of either a move to residential aged care or early death rising with each fall.

(Interestingly, some research suggests that even older people who haven’t actually had a fall can develop post-fall syndrome – and the damaging impacts are the same regardless.)

I’ve often seen this sad cycle in people I’ve treated over the years, and as I mentioned above, if you’ve got elderly family members or friends who’ve had a fall, you may have seen it too.

That’s why I’m happy to support Starts at 60’s partnership with Tunstall Healthcare, one of the world’s leading providers of connected care solutions. Tunstall has more than six decades of experience developing technology that meets healthcare needs. One of its cleverest innovations is the Tunstall GO, which allows people who are nervous about falls – or, indeed, other health conditions that might mean they unexpectedly need speedy assistance – go about their day with less worry.

The Tunstall GO can be worn as a pendant, attached to a belt or keyring or just kept in a pocket, so it’s easy to carry around both at home and outside. It tracks the wearer using a GPS system and a sensitive algorithm to ensure it can identify a location with incredible accuracy, plus it gives the wearer access to a help button and hands-free speakerphone that can be used to summon assistance, no matter where they are.

The help button and speakerphone connect to Tunstall’s 24-hour response centres in Australia and New Zealand , where their experienced care respondents will triage the situation and either summon emergency services to the wearer’s location, or alert their nominated contact to attend instead.

The Tunstall GO also has an optional fall-detection system that can alert the response centre if the wearer has fallen, even if the wearer isn’t able to ask for help themselves by using the help button, or speakerphone.

I can see how it has the potential to provide someone who has had a fall with the peace of mind they need to get back to normal activities. As one Tunstall GO user says, “I’m 82 years old, living alone, and wearing my pendant reassures me, knowing that Tunstall care consultants are always on call, available to help me”.

If you’re worried about a loved one having a fall or some other kind of accident at home and not being able to contact you, the Tunstall GO could give you some valuable peace of mind too.

So, if someone you love is struggling to get over a fall and you’re keen to offer them a solution that could help them feel more comfortable about being mobile again, I’d recommend having a look at the Tunstall GO.

Let Tunstall do the worrying, so you don’t have to.

Do you have a loved one who is finding it hard to get over the fear of having a fall?